What went wrong for TKR 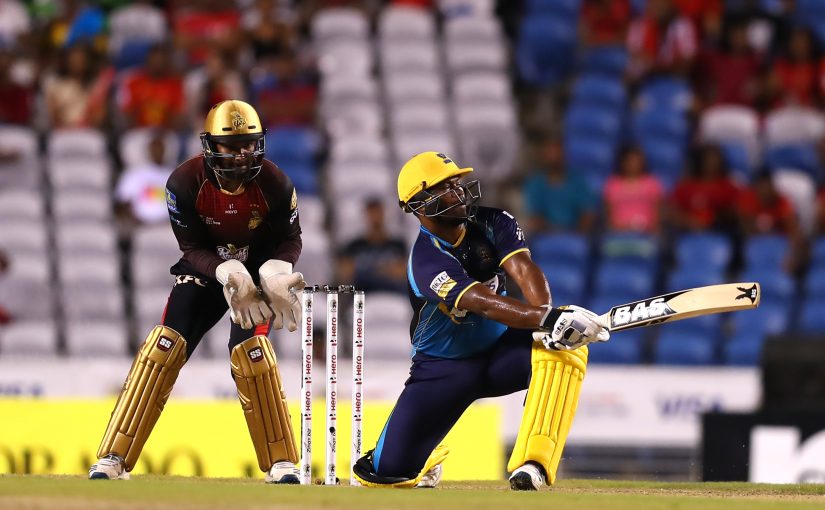 The Trinbago Knight Riders' (TKR) quest for a Hero Caribbean Premier League (CPL) three-peat ended embarrassingly but not unexpectedly, on Thursday, according to your perspective as a fan. The rollercoaster campaign started nervously on home soil with the absence of key players -- Dwayne Bravo (injury), Darren Bravo (injury) and Colin Munro (international duty).

Nevertheless, new captain Kieron Pollard stepped up marvellously with four straight victories, the first three at the Queen's Park Oval, which left fans in their glee and wondering if any team would be a challenge this season. It appeared the team, buoyed by the fanfare of owner Shah Rukh Khan once more, would stroll to yet another title. However, as fate would have it, at the Brian Lara Cricket Academy in Tarouba, the site where the team won the last two CPL trophies, a lot would go wrong, leaving Pollard's men, new head coach Brendon McCullum and team CEO Venky Mysore with a lot to ponder for the future after this embarrassing loss to Barbados Tridents.

Although Pollard acknowledged his team didn't deserve to reach the final because of their inconsistency, TKR could have been battling the Guyana Amazon Warriors, in a repeat of last year's title match, were it not for two costly overs. TKR looked to have Tridents under control at 118/6 in 18 overs but Chris Jordan and Ali Khan went astronomically for 42 in the last two overs.

Dwayne Bravo had joked previously that he would not be with TKR this CPL because he was fed up of the cussing but at the end of the CPL, TKR fans were all wishing he was still there.

Pollard's bowling unit was very inconsistent in the preliminary stage, and after four wins, their next six matches brought one no-result and five losses, carving a tough route to the finals. While Pollard commanded the squad in the confident manner his friend, Dwayne, does -- something trailing back to the first TT crown with Red Steel -- Dwayne's bowling was badly missed.

The medium-pacer is the CPL's leading wicket-taker with 97 wickets from 69 games. In 2013, he topped the team's bowling charts with ten scalps; in 2015 he topped the tournament charts by 12 wickets with 28 victims; in 2016 he also stood atop the tournament charts with 21; in 2017 he finished second on the CPL charts with 16; and last year he was TKR's second-best bowler and in the top ten list with 13 wickets. It's tough to replicate that and TKR desperately required a strike bowler and someone experienced in the death (sorry, Jimmy Neesham). Javon Searles was also ineffective with the bat and ball this season but still played eight matches, scoring ten runs and taking three wickets -- not good enough

Neesham with 11 wickets, as well as Khary Pierre and Ali Khan with 10, each simply couldn't intimidate when needed and love him or not, Dwayne's versatility is worth several stumps.

This is a double-edged sword because while many wondered what impact Seekkuge Prasanna would have in the Tridents eliminator, he almost delivered the win with a quickfire half-century. Still, Darren Bravo has to put his hand up and acknowledge a dismal season for a player who has delivered big in previous seasons. With 128 runs from eight matches and one fifty, at an average just over 25, the returns for a player of his calibre was miserable and leaves fans wondering where was the explosion they waited on.

It is understandable why the TKR think-tank persisted with Darren, finishing the 2018 campaign impressively fourth in the CPL batting charts with a healthy 353 runs at an average of 39.22. Who can forget his brutal 94 not out from 36 balls against St Lucia Stars? Who can? Almost everyone. Darren had a 2019 CPL to forget and some fans were clamouring for his replacement.

But the usually reliable batsman was not the only left-hander struggling.

New Zealand's Colin Munro disappointed by his standards, cutting a wobbly, forlorn and unpredictable figure in the middle.

The 2018 CPL MVP, who finished last year with the most runs -- 567 at a 51.54 average -- was a shadow of his old self in the crease, mustering 231 in eight innings, despite starting the tournament with a blistering 96 not out. One has to question if Tion Webster warranted a permanent spot, especially after a scintillating 66 not out against Jamaica Tallawahs. Sunil Narine up the order, bar a 46 in that Tallawahs match as well, also felt like TKR again tried to force what works for their Kolkata counterparts in India, and ultimately, this created a spine that wasn't steady. A batting order can be fluid but in Twenty20 (T20) cricket, if there's no stability, there'll be no momentum -- something Guyana has perfected with Brandon King and Chandrapaul Hemraj.

Lendl Simmons delivered the goods, apart from the eliminator, standing second on the batting charts with 430 from 12 matches, while Pollard repeatedly stabilised a shaky line-up and provided late impetus. He is in the top ten in runs with 349.

Khary Pierre stepped up again in the spin department but TKR really lacked the Narine oomph. In the eliminator against Tridents, we saw how effective he was, going for 19 from four without a wicket. Still, his economy is inimitable and when you complement this with his wickets, it's a trump card every global franchise wishes they had. His finger injury limited him to seven games and TKR paid dearly for it, as he only nabbed seven scalps. Yet his economy (second to Guyana's Imran Tahir) stood at a stingy 5.78, which meant he still did the job required, reminding us of Samuel Badree for the Windies in the past.

Apart from Pierre, though, able support was not offered and it was abundantly clear spin should have been a greater focal point. Pacers Jordan and Khan and offered a hand but one has to wonder if Akeal Hosein should have been played more with his left-arm unorthodox, or if Shadab Khan and Fawad Ahmed really left gaping holes that couldn't be filled.

A fit Narine plus Pierre and Hosein could have provided what Guyana's Tahir (15 scalps) and Chris Green (also in the top ten bowling charts with 13) did out on the pitch. When the TKR spin trio limited St Kitts and Nevis Patriots to under 130 in the first qualifier, it was easy pickings after for the batters, which compounds this sentiment. Narine grabbed two for 10 and the spinners upped the pressure with him there, so it's either TKR fans pray the "mystery spinner" is consistently fit or they get proper backup for the reboot next season.

The post What went wrong for TKR appeared first on Trinidad and Tobago Newsday.