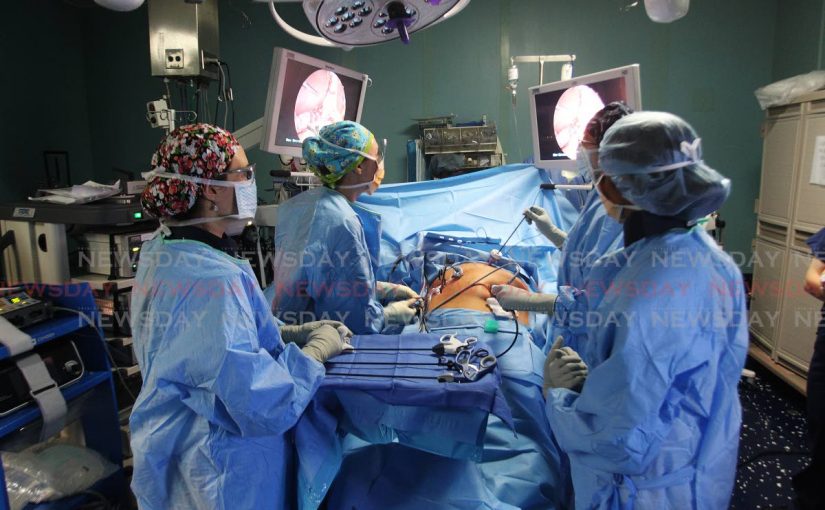 HAVING lived through years of darkness because of cataracts, two 70-year-old grandmothers could not stop smiling and offering thanks after chosen for surgery by a medical team on the USNS Comfort, a US Navy hospital ship.

The ship is anchored near the Brighton Port at La Brea.

Today a team of doctors will begin to prepare grandmother of five Jemina George of Biche.

George smiled as she waited to the board the vessel.

“To me, this is like a dream come true. I am so happy to be chosen and I am excited about being able to see.” George told Newsday.

She said she had given up hope of having her vision restored.

“I think what these people are doing is so nice, and may God continue to bless them. They have made me a happy woman. This is one of the best gifts I have ever received.” 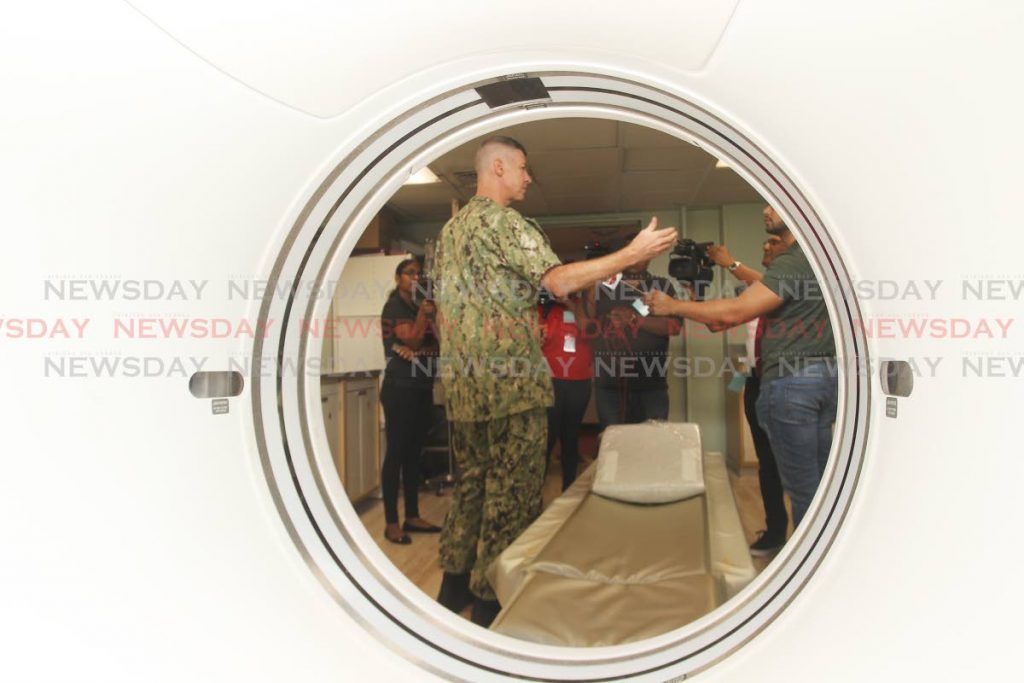 Tour Captain Charles Cather of USNS Comfort which is docked in the Gulf of Paria, off the port of Brighton, La Brea, gave the media tour of the medical facilities onboard. The medical ship is providing medical services to several communities and medical staff will be performing surgeries while docked in Trinidad and Tobago. Photo by Lincoln Holder[/caption]

Point Fortin grandmother Shirley Best felt the same. When Newsday boarded the ship, Best was being taken to the surgical area for her second operation.

“I feel great. I had a cataract removed from my right eye here and now I am going to remove the cataract from my left eye.”

Best said she was grateful to the doctors and happy to be selected.

“I can’t wait to return home to see my children and begin to see properly,” she said.

Media personnel were given a tour of the hospital ship and invited into the operating theatre to witness Best's second cataract operation.

The ship's tour captain Charles Cather said in 1987 the ship, a former oil tanker, was converted into a hospital for disaster relief and humanitarian work.

He said the crew was happy to assist citizens and migrants. 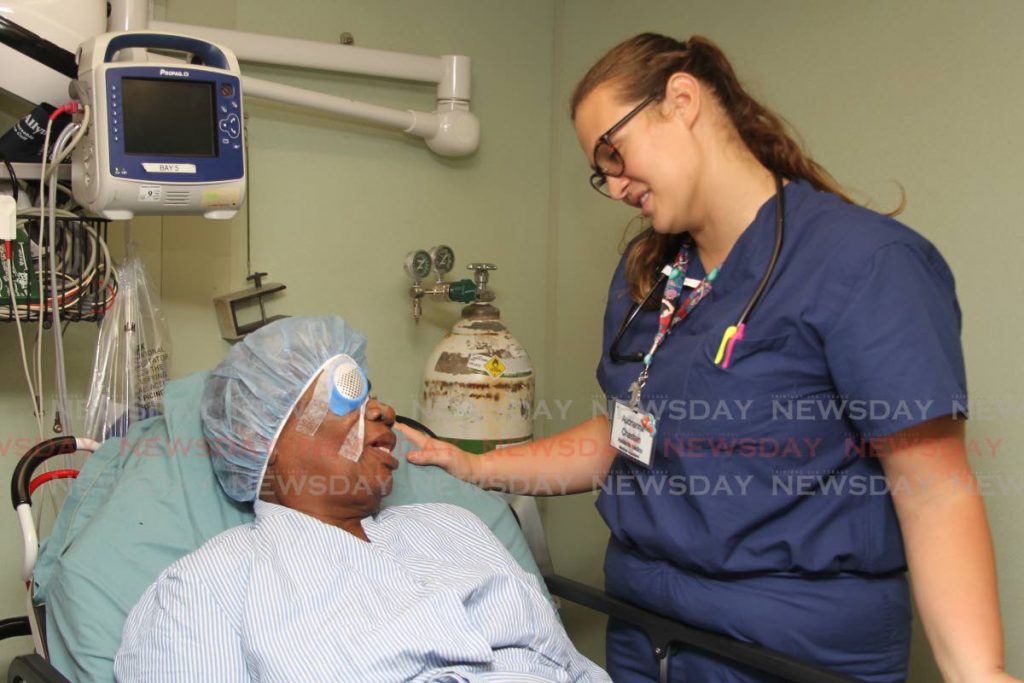 “We are here to help when health care systems start to get overrun with higher volumes of patients than expected. We are happy to be here.”

Trinidad-born US Navy sailor Mitchell Julien said it has been nine months since he joined the navy and he has already been to several countries. But even though the visit was brief he was excited to be in TT to visit his family.

The 20-year-old Julien, from Arima, encouraged other young men to remain positive despite any challenges they may face.

“Work hard and do what you have to do. Stay focused and you can make it.”

The Comfort's medical team was expected to treat about 100 patients a day for the next five days.

The international medical professionals on board are expected to provide a wide range of surgery, dental screening and treatment, optometry screening and eyewear distribution, among other services.

The ship is anchored three miles off the port and the mission also has medical clinics on land at different venues, including the National Energy Skills Centre at La Brea and Funsplash at Debe.