US Navy brings Comfort to TT 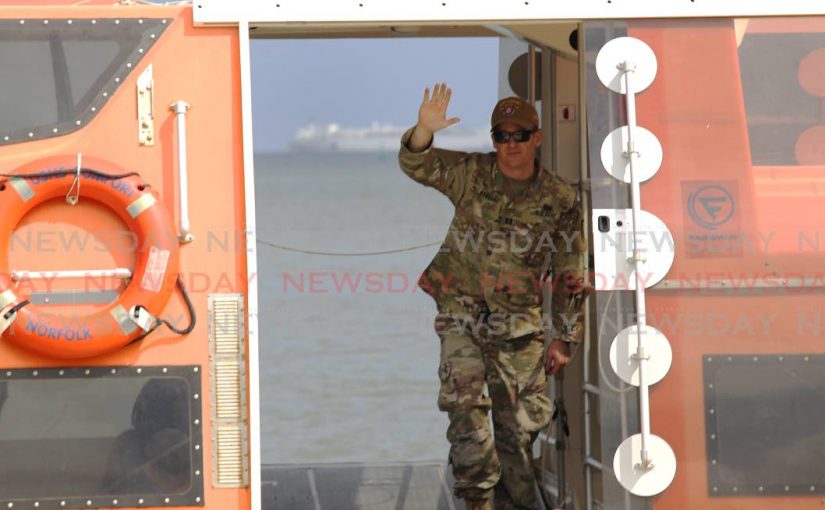 USNS Comfort, a US Navy hospital ship, is now anchored near the Brighton Port at La Brea. The vessel is in TT as part of its mission to provide medical care to countries throughout Central and South America and the Caribbean.

Speaking at a ceremony to mark the ship's TT opening on Thursday, US Ambassador to TT Joseph N Mondello said the Comfort's medical team was expected to treat about 100 patients daily for the next five days. 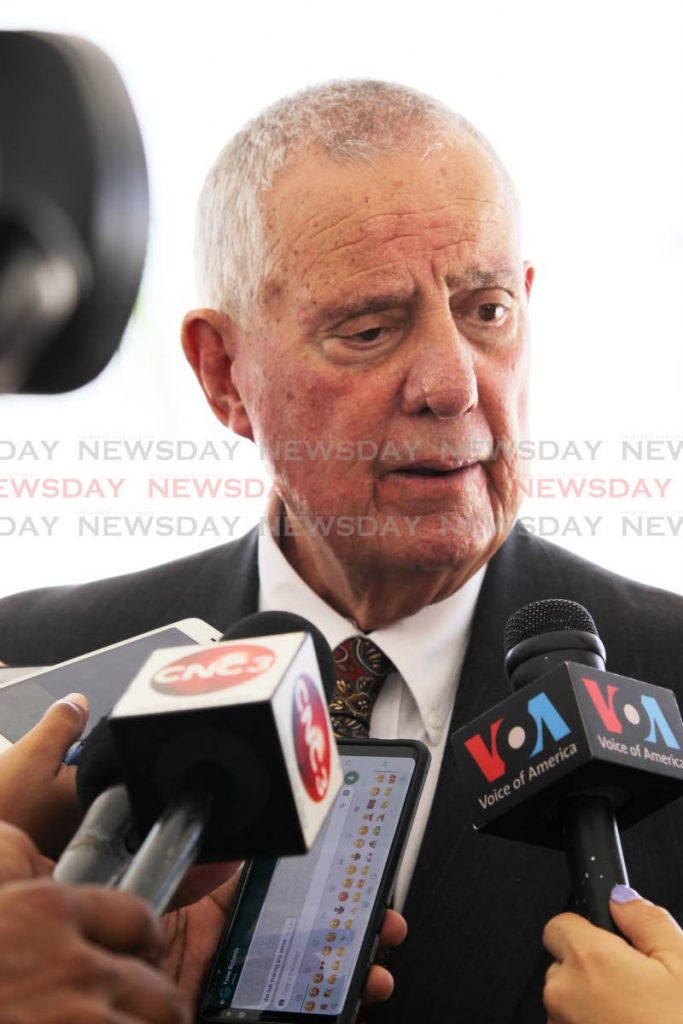 Mondello added, "There are also obviously some Venezuelan individuals here who need help. They have no money and yet they have medical procedures that are needed. I think it's a good thing to do, the right thing to do for the US to come here and help these people."

The international medical professionals on board are expected to provide a wide range of surgeries, dental screening and treatment, optometry screenings and eye-wear distribution among other services.

Patients arriving at the Port of Brighton, La Brea as the USNS Comfort a second Mercy-class hospital ship is anchored in the Gulf of Paria three miles off shore on Thursday. Photo by Lincoln Holder[/caption] 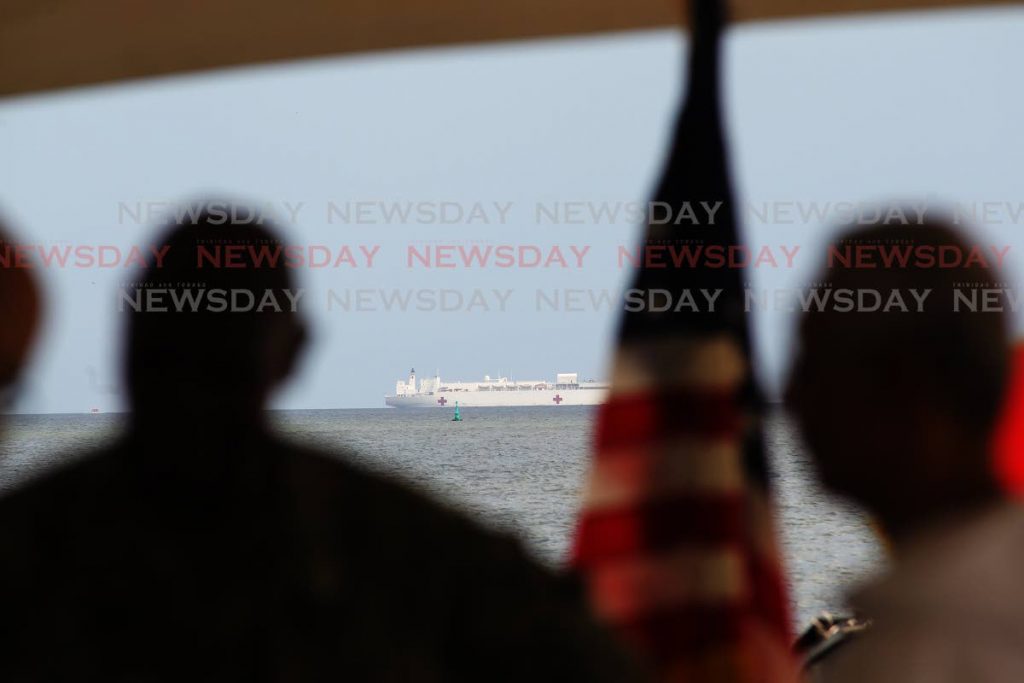 Mondello said, "The US, through the Enduring Promise initiative, Caribbean 2020 and the Year of the Caribbean, is committed to regional collaboration in the Caribbean and the Americas.

"Whether it be in the form of medical assistance such as this Comfort mission, disaster relief, humanitarian response to the crisis in Venezuela, or joint initiatives to counter transnational threats and criminal networks operating in our region, we continue to demonstrate our commitment by our actions."

The ship is anchored three miles off the port and the mission also has medical clinics on land at different venues including the National Energy Skills Centre (NESC) at La Brea and Funsplash at Debe. 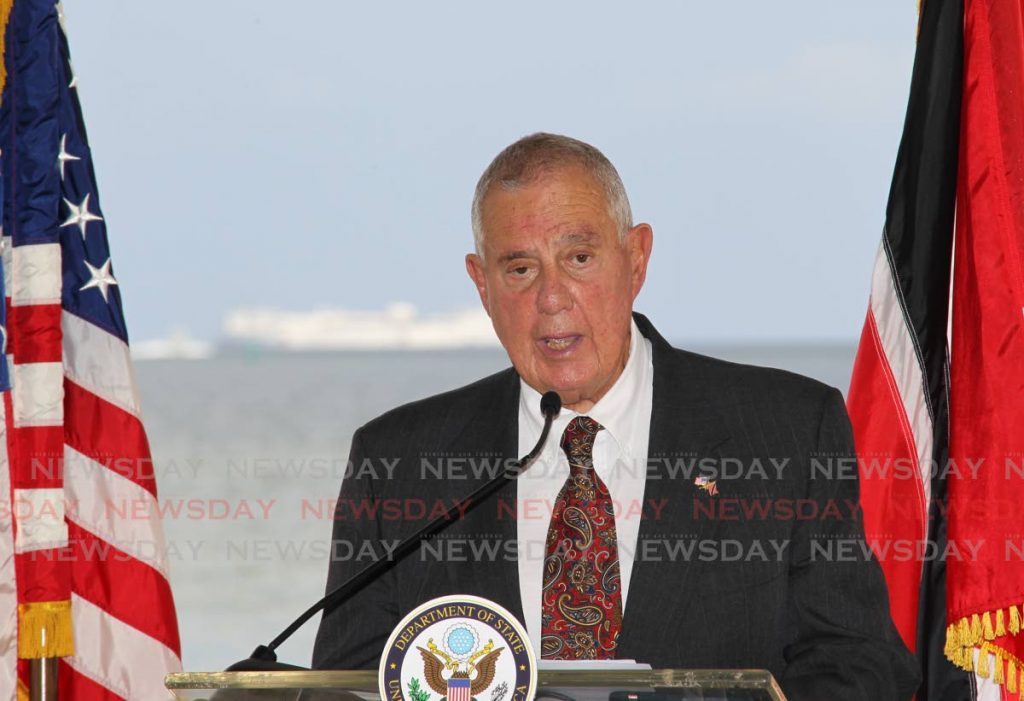 Mondello continued, "I can't emphasise enough the significance of this partnership and the impact this will have on so many people residing in southern Trinidad. Standing together to respond to needs in our region is what the US-TT bilateral relationship is all about."

The ambassador thanked the Government of TT for the partnership saying the planning was extensive for the mission. He also thanked people from the Health Ministry, the Defence Force, the police, local government, volunteers, La Brea Industrial Development Company Port, and the US Embassy. 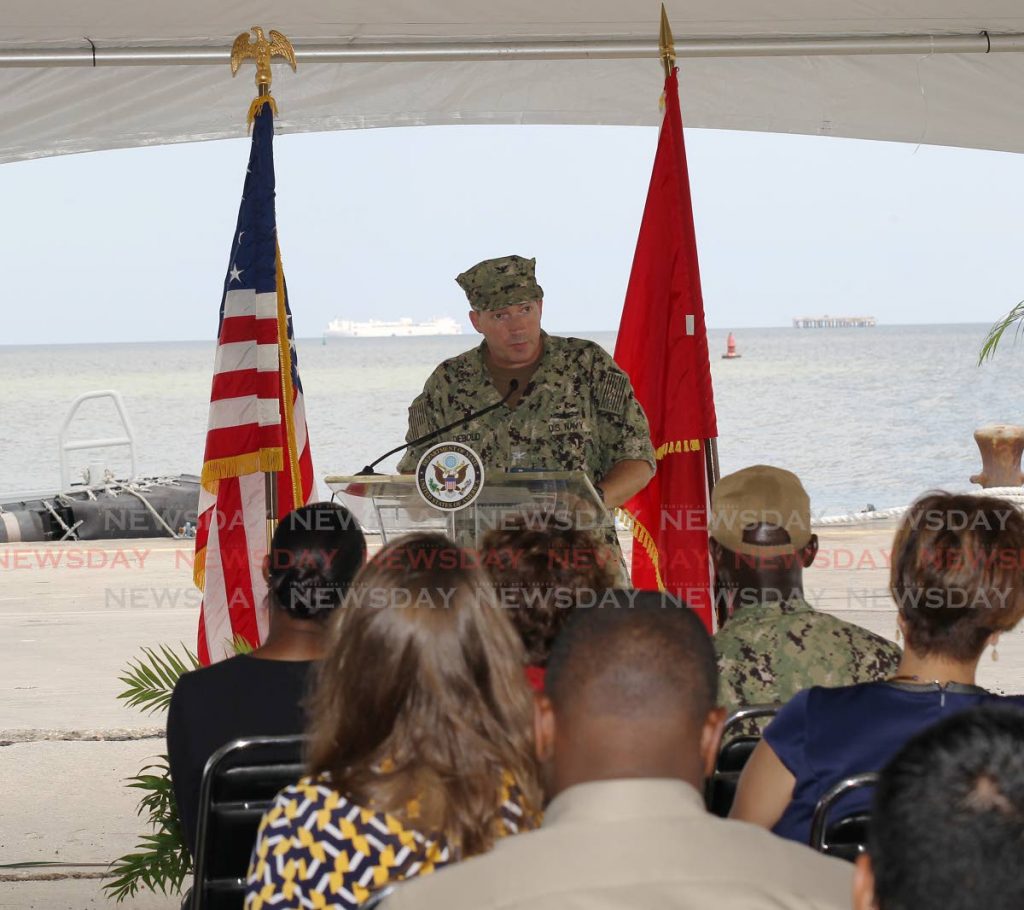 Captain Brian J Diebold of the US NAVY at the opening ceremony for the arrival of USNS Comfort at the Brighton Port, La Brea, yesterday. PHOTO BY LINCOLN HOLDER[/caption]

"Trinbagonians have shown their usual warmth and generosity in extending support to migrants fleeing desperate conditions in their home country, and we are proud to partner with and support Trinbagonian host communities most impacted by the crisis."

Captain Brian Diebold of the US Navy also spoke at the ceremony and thanked all the people and organisations taking part in the humanitarian mission. Comfort's team, he said, is here to show its support and commitment to the people of TT and the region.

It is Comfort's second visit to TT and her seventh mission to the region since 2007.

Diebold, whose first department tour was on USS Halyburton (FFG 40) as the combat systems officer said Comfort's motto, "curare aegra permarinum," means "care of the sick on the sea."

"We are caring for the sick, but of an even greater significance, we are caring for our neighbours, our friends. Countries from all over the world come together aboard Comfort to provide care and perform surgeries that will have a permanent impact on each patient's life.

"Comfort isn't just a symbol of American goodwill, it's a symbol of the goodwill of the Americas – neighbours helping neighbours, friends helping friends. Throughout our time here, we maintain existing friendships and create new ones."

The vessel's mission to TT ends next Tuesday.

On Thursday, Captain Patrick K Amersbach told reporters the Comfort had been operational since 1990 and after leaving TT, the crew heads to other islands such as Grenada, Jamaica, Haiti, Dominican Republic and St Kitts.

He said the ship would not be going to Venezuela.

"We will only be going to nations that have invited us to their shores and Venezuela did not do that. Currently, our mission is here."

Deputy Permanent Secretary in the Ministry of Health Charmaine Jennings, in her remarks, said the visit was the latest gesture in an ongoing bilateral relationship between TT and the US.

"This is truly a gift to the nation as it occurs on the heels of our Independence Day celebrations."

Jennings urged the population to take full advantage of the "plethora of the additional medical services being offered" at Comfort's clinics. 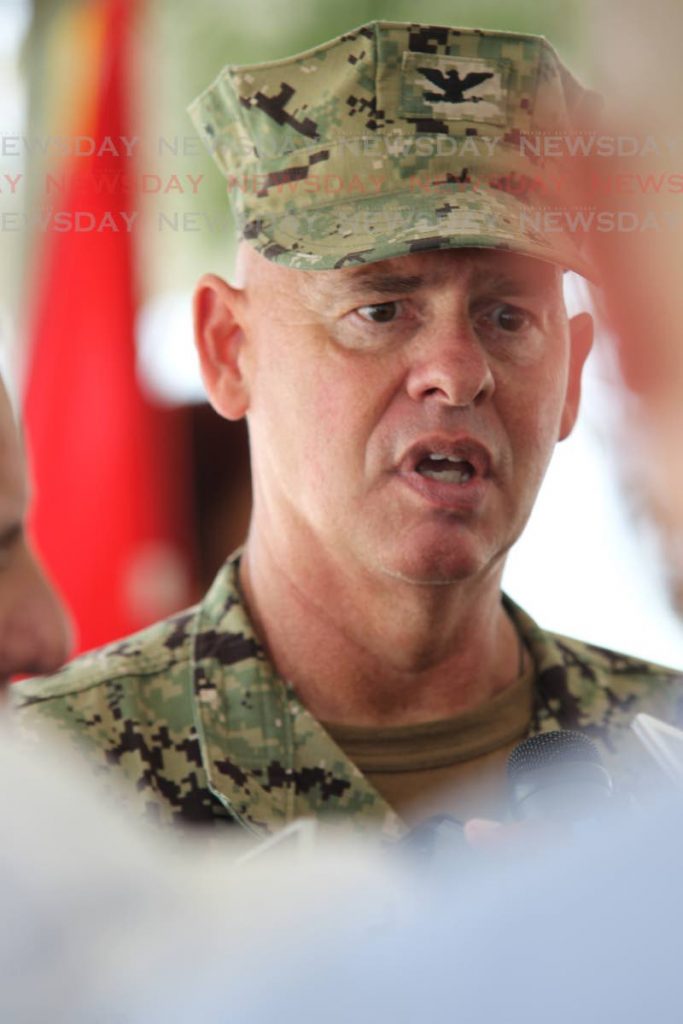 She said the ministry and the Government offered its gratitude to the US government for its act of goodwill in the form of health care.

"I know that both countries are committed to the continuation of the enduring, positive relationship between our states and I look forward to other collaborative ventures of this type." 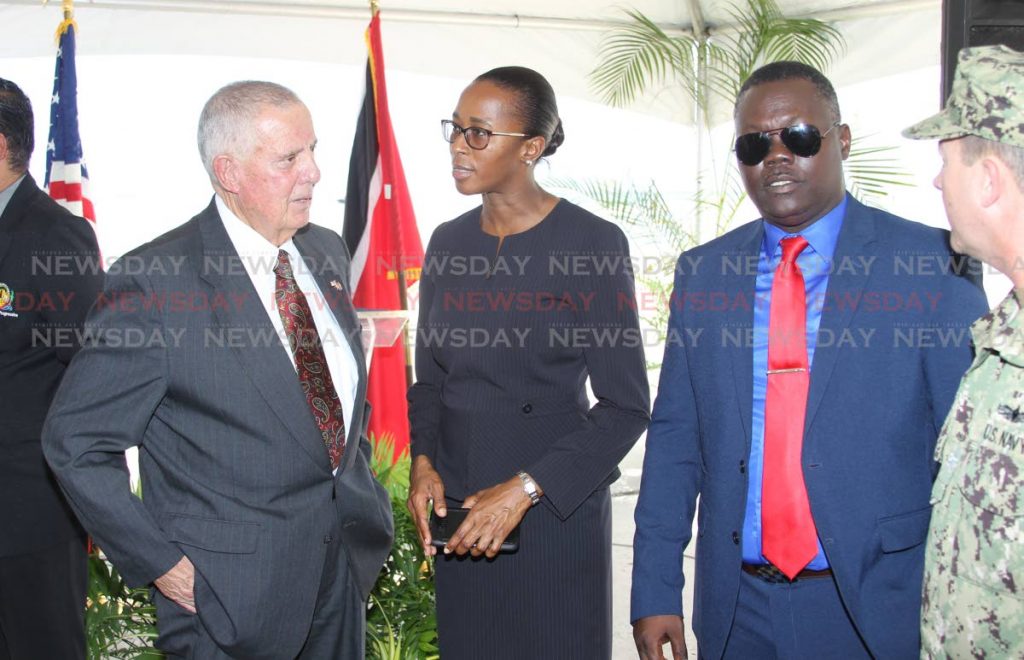 The post US Navy brings Comfort to TT appeared first on Trinidad and Tobago Newsday.