Unfit for a dog 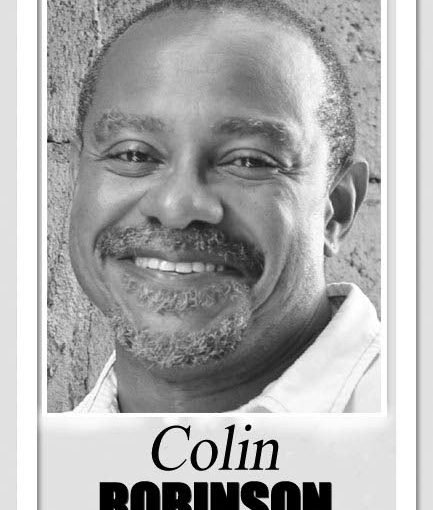 Who would send a dog there?

I met Pastor Glen Awong briefly in 2014. I beat him in a national election. He got zero votes; I got two; the third candidate won with three. He’d enrolled Transformed Life Ministry (TLM) as a social justice NGO during Government’s flirtation with the idea of registering organisations nationwide to elect a civil society board (CSB) which would represent the sector at the national planning-and-development table. Despite clear challenges with staff and structural capacity, he was quite proud of his rehabilitation centre in Arouca, its small medical staff, the clients he felt he was among few in targeting and turning around, whom families and state institutions had failed. He invited CSB colleagues for a tour.

This week, Awong and his controversial rehabilitation work with socially stigmatised groups are the nation’s latest nine-day-wonder. The police commissioner had his elite SORT unit scale the Arouca centre’s walls in an early-morning raid to rescue five or six dozen people with addictions and mental illness from what he insists was “virtual modern day slavery.”

People with mental illness held captive in cramped conditions against their will. Cells with no cooling. Instruments at hand to subdue those who might become violent. Loved ones facing barriers to visiting inmates. Staff shortages. Primitive facilities. People abandoned by uncaring relatives.

Watching local media coverage of the raid, I couldn’t help thinking: Not one of the appalling features revealed of TLM’s Arouca facility seemed unique. Each characterises at least one state institution. If anything, I’d seen hints TLM’s food was better, its medical care more attentive.

Why are the standards of human dignity the public and media expect from a faith-based charity higher than those we accept for the State?

If Gary Griffith wouldn’t submit even one of his four dogs to the conditions he found in Arouca; if an enforcement arm of the State can use its power to swoop in to rescue people from institutional abuse in the name of human rights; and if so many of us have created a chorus of horrified condemnation of Awong’s abuses — then why have we all sat idly by when it’s well documented that thousands of people found guilty of nothing but poverty are languishing in similar or worse conditions at a number of state institutions, where they are even more vulnerable to violence than in Awong’s hellhole.

Why hasn’t SuperG, Air Commander Darryl Daniel, or some crack national security squad rappelled in, raided, exposed and shut down the squalor and inhumanity at the Port of Spain prison? St Ann's Psychiatric Hospital? Griffith compares young men he arrests to insects. But don’t animals deserve better than Carrera.

Last month, the human rights violation our prison facilities constitute was subject of an Inter American Commission on Human Rights (IACHR) hearing. This newspaper gave it prominent coverage. Yet Foreign and Caricom Affairs Minister Dennis Moses didn’t bother to show up, or to even send one of our diplomatic staff based eight blocks away in Washington DC. Governments have no-shown at every single IACHR hearing in the past two decades. The Jamaican commissioner led her colleagues in shaking their heads at our backwardness. The state failures hearing got little attention beyond Newsday; but Awong’s private facility has hit the international media.

Reading how those removed from detention at Awong’s centre were trucked to an overcrowded St Ann's was heartbreaking. “The conditions at St Ann's are not that much better,” my friend Nicole Cowie, who spent three months there, told the media. It was a small surprise to learn that a few years ago Government was assigning half of TLM’s Arouca residents; that a recent state inspection prescribed a pathway towards accreditation for the facility as a mental health provider.

There’s no shortage of stories of vulnerable and homeless people abused under the cloak of faith. We’re still awaiting details on August’s sexual offences arrest of the Chaguanas Help Foundation & Transitioning Centre pastor. Several people defend Awong and his hard-nosed approach to managing difficult, sometimes violent people; others argue he filled a gap for hopeless or neglectful families.

What the TLM drama highlights dramatically, however, is how primitive our thinking and social responses all-round are to mental illness and addiction — both of which drive much of the homelessness we see. State techniques, facilities and outcomes offer little competition to Awong’s in decency or effect. Meanwhile, what Griffith’s raid reveals is the power of a non-governmental arm of a state to hold all actors, state and non-state, accountable for people’s human rights, whether they make policy, enforce it, or simply mistreat a prisoner or patient. The job SuperG performed is the role for a national human rights institution (NHRI). Funding an NHRI was on my budget wish-list.

Instead of ignoring international human rights accountability, we could domesticate it, make sure no one is treated like a dog. On Gerard Wilson’s watch, on Terrence Deyalsingh’s, or on Glen Among’s.

The post Unfit for a dog appeared first on Trinidad and Tobago Newsday.