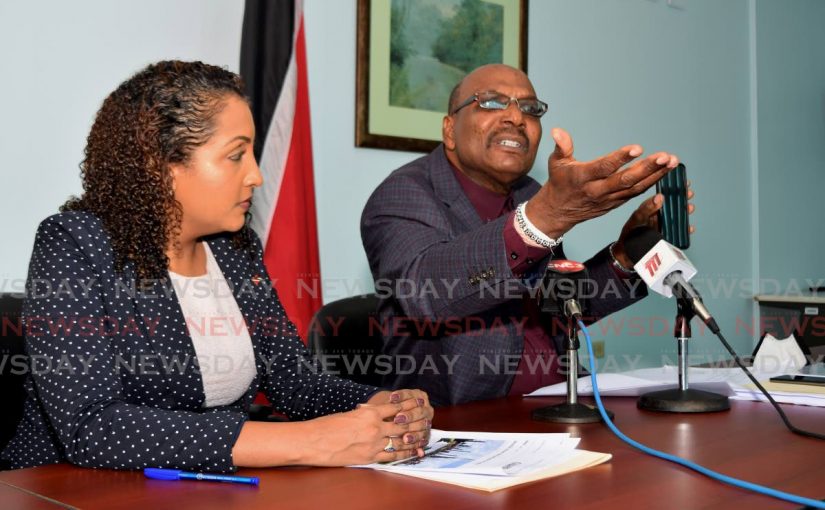 Members of the Opposition are calling on the government to say what is the next move for the sale of the state-owned Petrotrin Refinery, Pointe-a-Pierre.

In a press conference on Sunday at the Office of the Opposition Leader, Charles Street, Port of Spain, Opposition Senator Wade Mark described the deal as a "pappyshow."

"The mere fact that no decision has been taken to finalise the arrangement between both parties tells us that something is not right."

Mark's criticism came after the government announced that it had rejected Patriotic Energies and Technologies Ltd's final proposal for the refinery on Saturday.

The Government later invited bids for the purchase of the, now closed, refinery in Pointe-a-Pierre.

In September 2019, Minister of Finance Colm Imbert announced in Parliament that Oil Workers' Trade Union (OWTU)-owned Patriotic had been selected as the preferred bidder for purchase of the refinery with its offer of a US$700 million payment upfront along with US$300 million for its non-core assets. Imbert, however, added that Patriotic would have to meet certain conditions in order for the deal to be finalised.

Since then, Patriotic has been engaged in a year-long negotiation process with government to finalise the terms of the purchase agreement with Imbert announcing an October 31 deadline for completion in his budget presentation on October 5.

Patriotic, however, submitted a proposal last Thursday night in order to meet the deadline.

"This exercise, thus far has, cost the union thousands of millions of dollars. So if this continues, what will happen with the OWTU financially?

"They will become bankrupt by this exercise."

He went on to accuse the government of trying to sell the refinery while its assets were "tied up" in a US$720 million syndicated loan (financing offered by a group of lenders) led by Credit Suisse AG, Cayman Islands branch as global co-ordinator. The loan was taken in 2019.

"Who shall have the first lead on the assets? This is the fixed and floating assets of Trinidad Petroleum Holdings Ltd (TPHL) and its subsidiaries. There's something called a prospectus if you look through the loan agreement where TT borrowed US$720 million in 2019 and in return they had to use the Guaracara Refining Co Ltd, Heritage Petroleum Co Ltd and Paria Fuel Trading as guarantors to the creditors."

A release issued by TPHL on May 31, 2019, TPHL announced the loan and named its three subsidiaries as guarantors.

Mark said, "We need to ask if this is now a pappyshow because if the assets both fixed and floating have already been tied up with the creditors, what are you selling? Can you sell assets that you don't control?"

When asked if the Opposition was surprised by the way the deal was panning out, UNC PRO Anita Haynes said the refinery deal had more questions than answers. She is calling on the government for transparency and accountability.

"In 2018 a decision was taken, the refinery was closed. There was no coherent plan of what will happen to our assets and now in 2020, we are being told the deal is not going through and we still don't have any idea what is going to happen. We need to consider as more time passes it will take more money to restart the refinery."