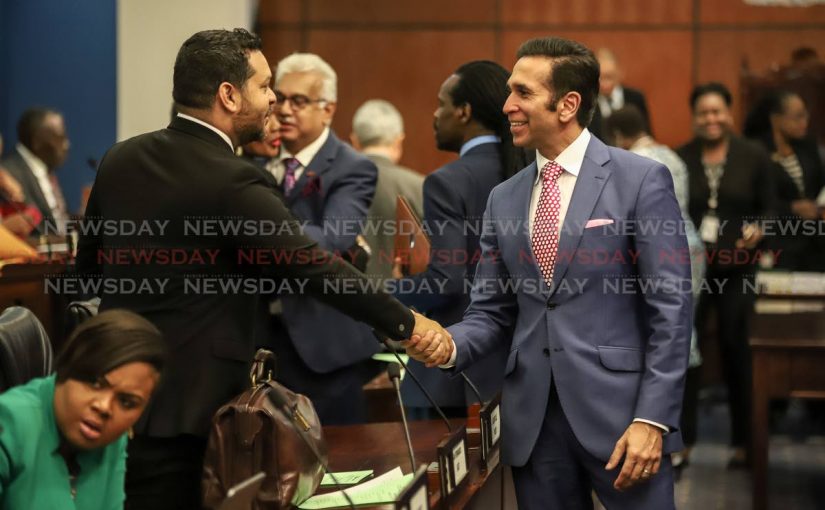 In his contribution to the budget debate in the House of Representatives on Friday, Mitchell said the former PP government did not treat CEPEP workers and contractors fairly.

Mitchell said former housing minister Dr Roodal Moonilal invented an element of the CEPEP called CEPEP Coastal. Under this arrangement, Mitchell there were only five contractors and they together "took home $1 million."

He said they were duplicating the efforts of regional corporations. "We have removed that from this incarnation of CEPEP."

Finance Minister Colm Imbert on Monday announced the Government's intention to increase the wages for CEPEP and URP workers by 15 per cent. This will come into effect in December 2019.

Mitchell also offered an invitation to Couva North MP Ramona Ramdial to "be my guest" at the Tobago Jazz Festival next year, referring to Ramdial's earlier contribution on the cost of the event. Mitchell said Ramdial did not seem to understand the economics of the festival and promised "to teach her a thing or two" about it.

Mitchell questioned the about turn which Opposition Leader Kamla Persad-Bissessar made about encouraging tourism in Tobago after the UNC and its operatives "chastised and chased" Sandals Resorts International out of the island in January. Sandals withdrew from talks with Government because of negative publicity and environmental concerns over its proposals for a development in Tobago.

Mitchell welcomed the selection of Apple Leisure Group to take over management of the Magdalena Grand hotel on the island, and hoped the UNC would not "chase Apple" out of TT. After four ministers and being profligate in their marketing, Mitchell said the PP had wrecked tourism in TT and "arrivals remained flat."

Under the PNM, Mitchell said there were 267, 656 stopover arrivals in TT. During this year's Carnival, Mitchell said the total amount spent by visitors was approximately $400 million adding that tourism is "on an upward trend."

The budget debate continues in the House on Monday from 10 am.