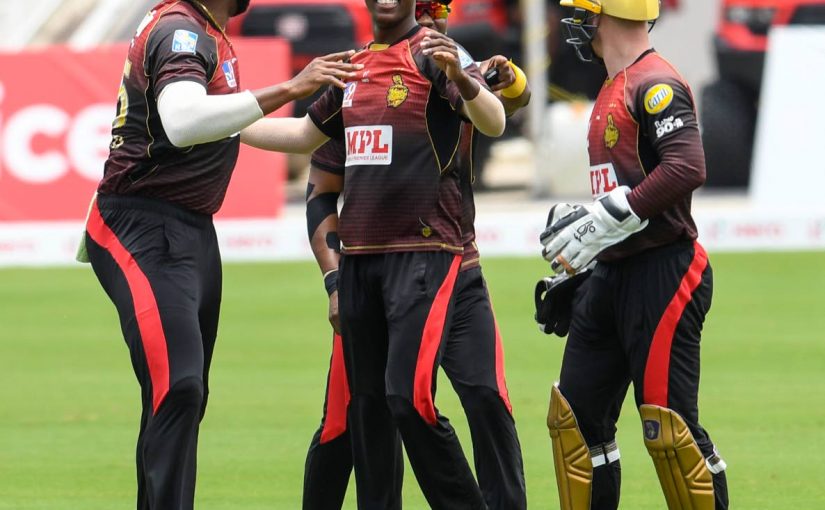 TRINBAGO Knight Riders (TKR) are intent on maintaining their seamless run of form at this year’s Hero Caribbean Premier League (CPL) T20 tournament when they face bottom-of-the-table St Kitts and Nevis Patriots, at the Brian Lara Cricket Academy, in Tarouba, on Wednesday, from 10am.

Having won seven-in-seven, the highly motivated TKR unit continue to steamroll their opponents by producing consistent performances under the guidance of skipper Kieron Pollard.

The 33-year-old all-rounder has led from the front throughout and achieved, with the bat, a total of 105 runs from just 44 balls in his last two matches against Barbados Tridents (Saturday) and Jamaica Tallawahs (Tuesday).

In the post-match interview, on Tuesday, Pollard indicated his recent brilliance with the bat is the result of several months of hard work.

“For the past 12 to 18 months, I’ve been working a couple things quietly and it has been reaping the rewards in the end for me. It’s trying to keep that stable pace and keep the face of the bat open. It’s a matter of doing what the team requires and focussing on what I can control. Let your emotions stay out of it and concentrate on the scoreboard,” said the burly batsman.

Khan, who has once more been instrumental in TKR’s bowling attack, missed the past two matches due to a minor hamstring injury. According to the skipper, Khan is working tirelessly to return to the starting 11 and remains hopeful he can make a speedy recovery.

Pollard has been flexing his spin options throughout the tourney and they continue to reap dividends.

Against the Tallawahs on Wednesday, the TKR captain utilised spin for 14 of their 20 overs, a move which played an integral role in restricting their run-chase.

“When you look at it, they (Tallawahs) have been struggling against spin. They’re a right-handed oriented team. Three of our four spinners go away from the bat. The wicket was one, once you use the pitch, there’s natural variation.

“Sometimes you got to take away the strength (pace). When you look at the seam options that we used, when you see how much runs they went for, you can see the reason why spin was used as a majority throughout the innings,” said Pollard.

Although unbeaten with a series of convincing victories, the TKR skipper still sees room for improvement.

Meanwhile, St Kitts and Nevis Patriots have struggled throughout the competition winning just one of seven matches. They now face another daunting task against TKR.

Although the Rayad Emrit-led team boasts a wealth of experience from Denesh Ramdin, Sohail Tanvir, Evin Lewis, Chris Lynn, Sheldon Cottrell, Alzarri Joseph, Joshua Da Silva and Australian Ben Dunk, they have been unable to gel and churn out victories.

Emrit and co are desperate for a win at this stage and must bring their A-game to the south venue if they are to even attempt to upset a steamrolling TKR outfit.

The post Top-of-the-table TKR look for eight in eight appeared first on Trinidad and Tobago Newsday.