The life and times of Edmundo Ros 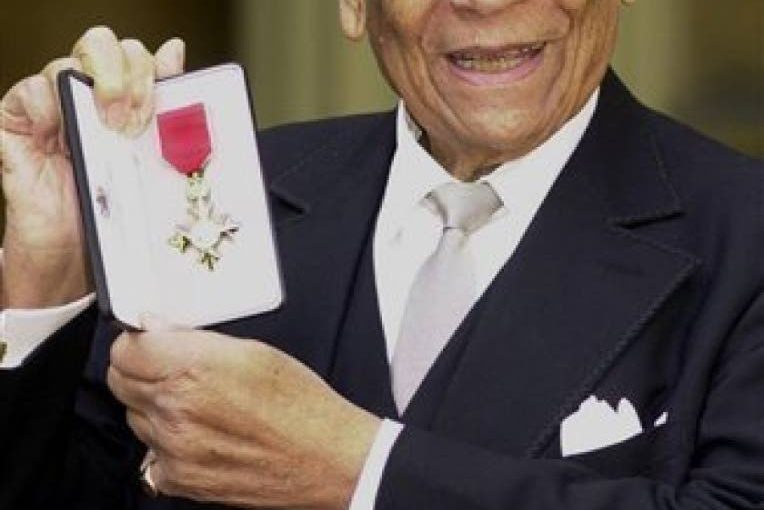 WHEN local audiences saw him on Trinidad and Tobago Television (TTT) in the 70s, performing on a glitzy British stage, not many of us knew that Edmundo Ros was Trinidadian. But we could detect a Caribbean lilt in his delivery of Latin American pop songs.

Television had been introduced to Trinidad for Independence in 1962, and viewers felt a connection with Ros, especially when he was seen singing Aldwyn “Lord Kitchener” Roberts’s calypso London is the Place for Me, albeit with a Latin rhythm.

At the time, Ros was at the height of his career, credited with popularising Latin-pop music in Britain.

To boost his image in the Latin music arena, he had changed the spelling of his original name, Edmund William Ross, to "Edmundo Ros" which, as Sue Steward, an authority on Latin and world music in Britain, noted in a 2011 obituary, “launched a lasting myth that he was Venezuelan.”

Indeed, the name-change was the start of Ros’s reinvention of himself from a poor musician to the toast of London over the years. He led fans to believe he came from Maracaibo and, as his stocks rose, developed a posh British accent that helped him climb the social ladder far removed from his humble beginnings.

And, as his career blossomed, he even appeared to downplay his ethnicity.

According to fellow bandleader Victor Silvester's granddaughter Tara, in a 2011 article in the UK Guardian, “Uncle Edmundo...was very posh; he would do anything to stop you thinking he was black."

Born on December 7, 1910, Ros had a complex family background.

His mother, Luisa Urquart, was a teacher from Venezuela, said to be descended from indigenous Caribs. His father, William Hope-Ross, was the product of a liaison between a Scottish-Canadian plantation manager named
Dupigny and an indentured worker. As was not unusual in those colonial times, he had been named after the overall owner of the plantation. Some accounts say Hope-Ross was a ship's electrician; others say he was the owner of a dry goods store in Port of Spain.

Hope-Ross was not around during his son’s childhood, as left the family after Luisa became involved with a man with whom she had a child.

With the lack of a father, young Edmund Ross became "a bit of a delinquent,"
Steward wrote in the obituary.

His mother felt a military boot camp would help tame him. The boy’s godfather, a moneylender who had loans outstanding from the British Army, negotiated a deal with the army authorities to help instil discipline into the young lad in lieu of a debt. At the age of 14, Ross joined the army.

It turned out to be a stroke of luck, since it introduced him to music through playing the euphonium and percussion. 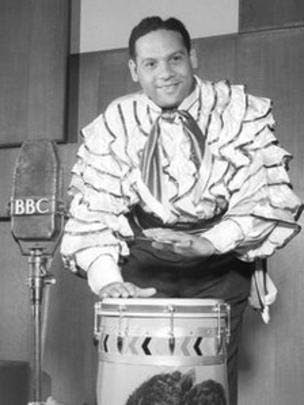 “They wanted to please my godfather, so they put me into the musical side of the army,” he told The Independent’s Spencer Leigh in a 2005 interview.

On Ross’s 17th birthday, when it was resolved that the debt had been honoured, the army authorities gave him two options – stay and sign on as a proper recruit or leave immediately.

Ross opted to leave. He took performance gigs wherever they were available, including stints with the Trinidad Symphony Orchestra under a conductor named Edgar Wallace.

In 1927, he moved to Venezuela. He played Caracas nightclubs, in the Venezuelan Military Academy Band, and joined the Venezuela Symphony Orchestra as a tympanist. Some time during his decade-long stay in the Spanish-speaking South American country, his name became Edmundo Ros.

Ros’s skill was impressive enough to win him a government scholarship. He contacted the British Embassy and enrolled at the Royal Academy of Music in London to pursue classical studies. Popular music, however, became his career. In June 1937, Ros caught a Dutch steamship to England from Trinidad with two friends, Errol Barrow and Clarence Wiers, who were both pianists.

He began his transformation right away. By his second day in London, he was hired to play drums and sing on the Mayfair circuit of fashion salons and supper clubs for little pay. He supplemented his income by working as a bus conductor, an ambulance driver, and other odd jobs.

Within five years he put his talents, charisma, and charm to good enough effect to find himself performing for the future Queen of England.

Ros even developed a cut-glass English accent patterned against a BBC sound. 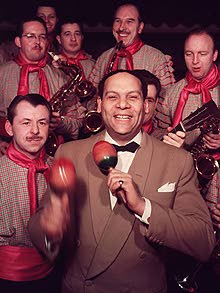 Edmundo Ros with his band around 1965. (Keystone/Getty Images)[/caption]

An early recording for Parlophone was named Record of the Month in June 1941, and a contract with the famed Bagatelle Restaurant opened the doors for Ros to high society. The club scene was very popular just before World War Two, and Ros sought to take full advantage by forming his own five-piece rumba band, Ros's Rumba Romeos.

But the proprietors of the New Cosmos club were not impressed with the name, so it was changed to Edmundo Ros's Rumba Band, with members sporting ruffle-sleeved "rumba shirts."

Even during the war Ros’s group did well, especially with the conga, which became very popular. A Melody Maker headline declared, "He came… he saw… he conga'd!"

Ros and his band performed at London’s most popular clubs and restaurants, including the Bagatelle restaurant off Piccadilly, which was frequented by high society and the Royal Family.

He became a household name in the 40s when Princess Elizabeth did her first public dance to his music at the Bagatelle. In later years, he and his orchestra were regularly invited to play at Buckingham Palace.

Ros went on to buy the expiring lease of Coconut Grove club on Regent Street, where he had been a hired act for years. Reopened as Edmundo Ros's Supper and Dance Club, it became the playground for an international membership of royalty, British aristocrats, and Hollywood stars. His club’s door policy was so legendary that, on one occasion, even King Hussein of Jordan, a Latin music aficionado, was denied entry because one of his group, film star Peter O'Toole, was dressed too casually and did not accept the tie offered to him. Regular royal guests included Monaco's Prince Rainier and Prince Bertil of Sweden.

As his band grew to 16 members, it was renamed Edmundo Ros and his Orchestra.

During the 1950s and 1960s, his orchestra appeared frequently on BBC Radio, making hundreds of recordings and selling millions of records.

Most of his recordings were standard Latin dance tunes, but he experimented more than most society bandleaders. His 1949 recording of Wedding Samba, a Latinised version of the Yiddish song Der Nayer Sher, sold some three million copies and reached No16 on the US charts

Ros recalled in a 1960 interview that he would have been "one of hundreds of little small-time bandleaders struggling to make a living in and around London at the time" were it not for a lucky bit of negative publicity.

He said, “I was named by the aggrieved party in a high society divorce case brought to the King's Bench. It was one of the great sex scandals of the immediate post-war period involving the top echelons of British society, and put my name on the front page of every newspaper in the land. Literally overnight I became a celebrity.”

For 35 years, Ros ran the most successful Latin-American pop band in the UK. His repertoire featured three main types of music: Cuban music, Brazilian music, and Caribbean calypsoes. Ros notched up his first UK best-seller in 1941 and continued delivering hit singles for many years, after which he concentrated on creating an array of albums that confirmed the reputation of his band worldwide.

By the 1970s, however, the era of popular light Latin American music was being overtaken by pop in Britain. And Ros’s band was also collapsing. In 1975, following a dispute with recently unionised band members while on tour in Japan, Ros announced at a dinner for his musicians: “It’s all over!” He disbanded the orchestra, gave all the instruments and costumes to the Salvation Army, and shredded all but 20 musical scores. Any outstanding concerts were also cancelled.

Ros moved to Alicante in Spain, with his second wife, Susan.

His last concert was in 1994, when he conducted and sang with the BBC Big Band with Strings at the Queen Elizabeth Hall in London, followed by a This Is Your Life programme on television.

In 1995, he received a fellowship from the Royal Academy of Music, and Michael Nyman, another recipient on that day, befriended Ros and made a television documentary about him, I Sold My Cadillac to Diana Dors, in 2000.

The same year, Ros, then aged 90, was awarded the Order of the British Empire (OBE) by Queen Elizabeth II in her 2000 New Year’s Honours List.

He had an extensive recording career until his death at his home in Spain at age 100. Ros died on October 21, 2011, two months short of his 101st birthday.

John Adrian, secretary of the British showbusiness fraternity the Grand Order of Water Rats, said: “He was a major figure...His discography is massive. He was the one who really popularised Latin American music in this country.”

• Musician, vocalist, arranger and bandleader who made his career in Britain

• Born in Trinidad, grew up in Venezuela, built a international career from England

The post The life and times of Edmundo Ros appeared first on Trinidad and Tobago Newsday.