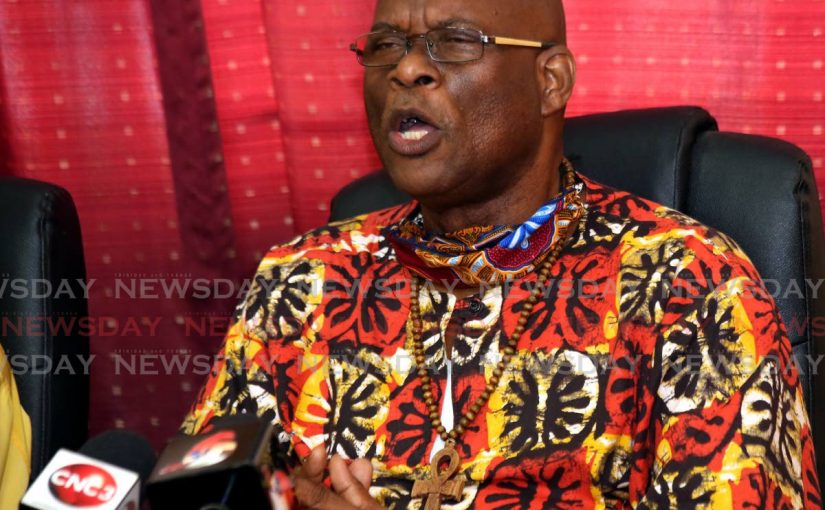 MICHAEL ANNISETTE, president of the Seamen and Waterfront Workers Trade Union (SWWTU), alleged that Finance Minister Colm Imbert had not consulted the union before proposing in his recent budget speech to source a private-sector partner to run the Port of Port of Spain.

Annisette on Friday told Newsday he recognised the need for change, but said the Government must both consult and provide funds to invest in the port.

He urged all to recall the history of the port, which had gone through bouts of rationalisation in 1970 and 1995, resulting in mass retrenchment.

Recalling the futility of the objections of then SWWTU head Francis Mungroo, Annisette recalled, "Some 1,500 workers gone! We learnt from that experience."

Annisette recalled past proposals for entities to partner with the port, namely the Port of Singapore and Port of Houston, which did not materialise, plus a six-year visit to TT by a British management company, to little effect.

“So what is the problem with the port? It has been starved by the Government of funds to be competitive, productive, effective and efficient.”

The port must be properly resourced to compete on the global stage, Annisette said, noting TT's favourable maritime location outside the hurricane belt. He said the maritime industry could save TT's economy.

He hailed Jamaica for investing in its port to make it fit for purpose, and for bringing in a shipping partner.

“Jamaica has invested billions of dollars in new equipment, a new quayside and new depth to accommodate larger vessels.”

Annisette said TT should likewise have invested, lamenting that some ship-to-shore equipment at the port was over 40 years old. He also lamented that the port only has a clearance of 11.6 metres, and has not been dredged to 16 metres to accommodate the bigger ships that are newly traversing an expanded Panama Canal.

“The port is plagued by these realities.”

He said the SWWTU has always made proposals for the port, such as best practice, training and occupational safety and health (OSH), and now urged a mood of social dialogue and consensus-building. However, he now perceived bad faith in Imbert’s announcement coming without prior consultation with the SWWTU.

“Engaging your social partner for genuine feedback from the union is a fundamental democratic principle.”

Annisette said the SWWTU was not afraid of change but must be part of the dialogue beforehand.

He said past talks which the union had held over the port had revealed too much bureaucracy holding back the port from change.

“If the Port Authority wanted to increase their tariff they could not do it on a commercial basis, but would need the permission from their line minister.”

Annisette said no one must make a whipping boy of the port management and port workers, with the union now quite prepared to sit down and talk.

“Three years ago I said, 'Send 500 people into retrenchment with a golden handshake.' I got a lot of flak for that. But had we done that, today we would have been more profitable.”

He made the point that the port generates enough revenue to pay its own wage bill, rather than rely on government subventions.

Annisette hoped for changes to the port to let it accommodate larger new ships, to create a new port front and to reduce the time to clear a cargo to five minutes, in line with the three minutes needed at the Port of Singapore.

At the same time, he warned that private-public partnerships must not be seen as a panacea to all problems, noting that over time many multi-million-dollar companies had fallen by the wayside.

Saying he was open to partner entities like the Port of Shanghai or Port of Singapore, Annisette said, "I don't buy it that you need a private partner to make the Port of Port of Spain a success."

The post SWWTU: Govt must invest, consult on port appeared first on Trinidad and Tobago Newsday.