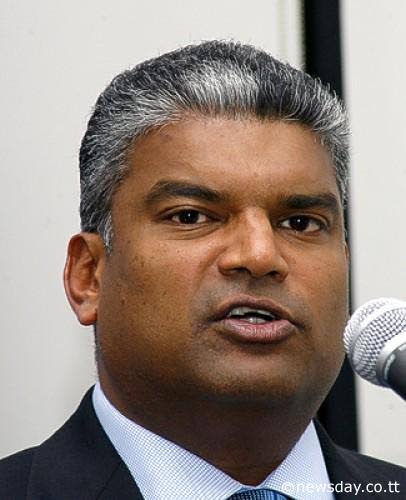 THE State intends to make an application to a High Court judge this week for a warrant under the Interception of Communications Act to obtain certain evidence being asked for by lawyers representing former attorney general Anand Ramlogan.

Once the evidence is obtained and disclosed to the defence, which will also indicate which witnesses it wants to cross examine, trial dates will be set in the case.

Chief Magistrate Maria Busby Earle-Caddle, on Monday, adjourned to January 13, the matter in which Ramlogan is accused of witness-tampering.

Senior Counsel Pamela Elder, who leads Russell Warner and Alvin Pariagsingh for Ramlogan, said in July she wanted to cross-examine the three men, and would need a week to do so.

Ramlogan is before the Chief Magistrate on charges of misbehaviour in public office and obstruction of justice.

He was charged in 2017. The allegation against him surrounds an allegation by West that he was approached by Ramlogan to withdraw his witness statement in a defamation case against then Opposition Leader Dr Keith Rowley in 2014.

Griffith, who was then the minister of national security, and Ramlogan, who was AG at the time, were fired from the Cabinet in 2015 after an investigation was started by police.

The State is represented by senior prosecutor Mauricia Joseph.

The post Ramlogan returns to court appeared first on Trinidad and Tobago Newsday.