NGC president: Point Lisas must be efficient to stay alive 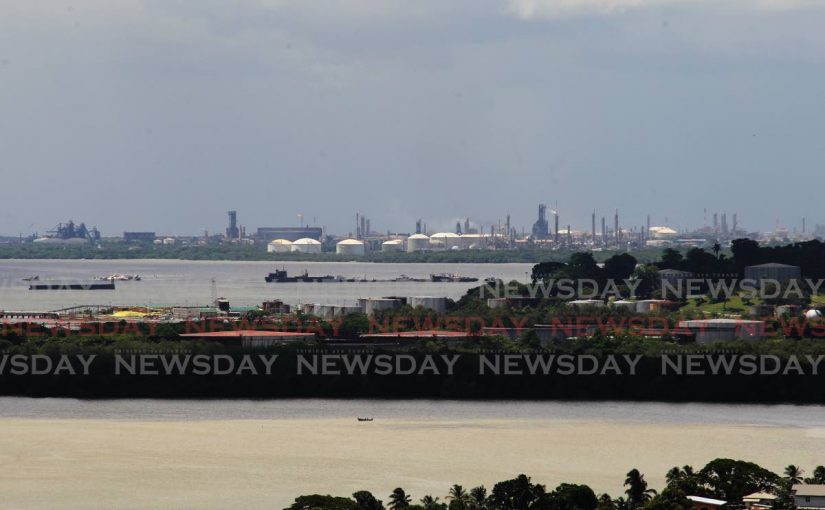 NGC president Mark Loquan shares his optimism for the state energy giant amid concerns about the financial blow it took in the first half of this pandemic-hit year, in part two of an interview with associate editor CARLA BRIDGLAL

It’s been a tough time for the petrochemical industry over the last few years. The historical trough period of the market cycle – marked by oversupply, low prices, low demand and low margins between costs and revenue – has been compounded in 2020 by the impact of the covid19 pandemic.

In Trinidad and Tobago, the Point Lisas Industrial Estate has not been spared. The estate, first conceived and executed in the 1970s is fuelled by natural gas supplied by the National Gas Company. Over the last decade it has been struggling, first with gas curtailments in the early part of the 2010s and now with a massive slump in demand for its major products, including ammonia and methanol. Then there have been complaints of high prices for feedstock making products uncompetitive on the world market. Last December, Yara permanently shuttered its ammonia plant, although its interest in two other joint ventures with the Government remain. (That plant was the smallest, oldest and most inefficient plant on the estate.) This year, as covid19 restrictions damped demand even more, at least seven other plants owned and operated by Nutrien, Methanex and Methanol Holdings (Trinidad) Ltd have been idled until further notice. Where then does this leave Point Lisas and the NGC as its biggest clients struggle?

“The estate won’t disappear, but we are now in a world where you are now going to be left with certainly an LNG sector and a petchem sector. It’s going to be different probably because some of the players, like the Yara small plant, won’t be there but we have to be cleverer in terms of how we get value across the whole chain,” NGC president Mark Loquan told Business Day recently. 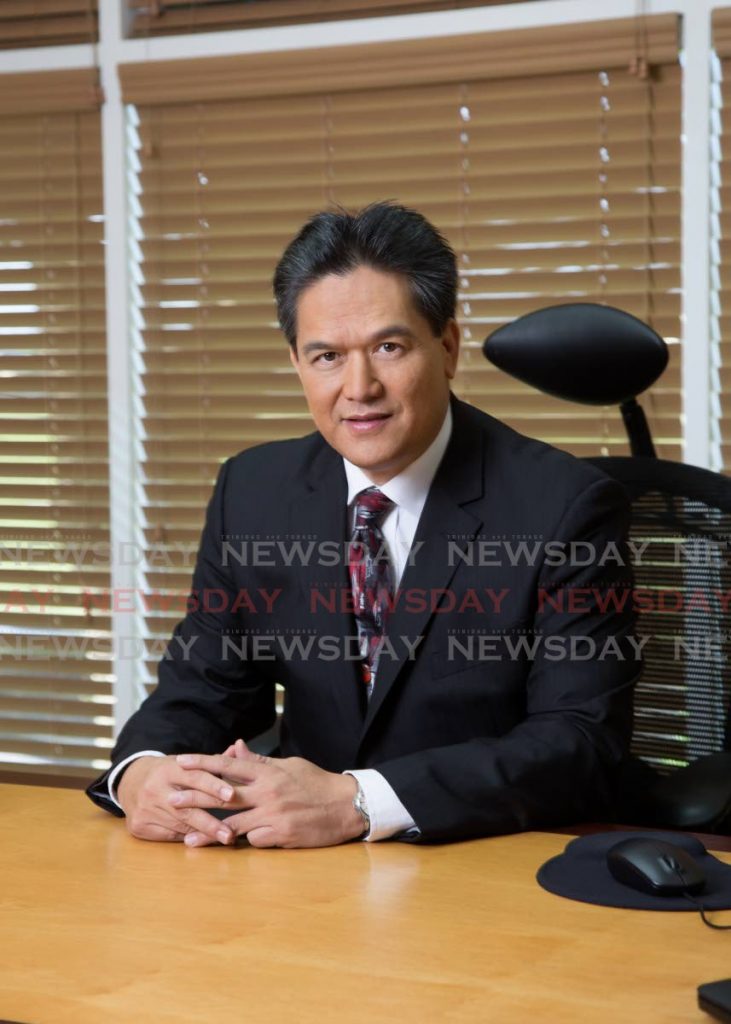 “There’s no question about it that if you look forward in time, we are going to be in a market-driven environment. The years of just producing something and putting it in the market are not there anymore. Wherever you go in the market, you have to be the most efficient, cost-competitive, energy efficient.”

Point Lisas, he said, is not dead but in this environment, there is change happening where the least efficient plants will not be able to survive unless they invest prudently in ways that make them more efficient.

In TT, though, downstream challenges are inexorably tied to upstream fortunes – the NGC is the middle man. “Upstreamers have to attract investment here to keep this (production) plateau; to avoid a decline they have to invest billions of dollars.” And in TT, with an energy industry over 100 years old, the fields are mature, marginal or else in the deepwater – so extraction is expensive. Energy companies must prove that TT is viable to unlock the billions of dollars of investment necessary to find and produce hydrocarbons.

“The pricing of NGC is also contingent on what the upstreamers need to get their developments. It’s not to say you have the upstreamers providing a low price and here we sit in the middle supplying the downstreamers a high price. In fact, the midstream margins at NGC are very lean, as you can see in our results,” Loquan said. He noted the Minister of Energy’s gas value chain analysis, currently underway by UK firm Gas Strategies. “All the stakeholders – midstream, upstream and downstream – are participating in it. The intent is that ant the end we will know how to position ourselves along the chain – it’s a bigger question than just NGC. It’s about fiscal incentives, polices, regulations and how do you make this petchem sector sustainable in light of the changes going on. It’s more than just an NGC issue. The world has changed for downstream; upstream prices have certainly changed from what they were 20 years ago.”

Part of the reason for the curtailment in the earlier part of the decade was because of a slowdown in exploration activity, something that started to pick up in the mid-2010s, notably with BPTT’s Juniper and Angelin projects, and now Cassia compression and Matapal projects; then there’s BHP’s Ruby and deepwater fields that look promising with reserves estimated at up to 3.5 trillion standard cubic feet. Shell has sanctioned the Barracuda and Colibri projects in the east and north coast, scheduled for 2021 and 2022. Touchstone has made major onshore finds in Ortoire and DeNovo successfully developed Iguana and is now looking at Zandolie in the Gulf of Paria. “In September 2016, when I came in, back in 2016 you had a lot of contracts being renewed and instead of declines what you have now is more plateauing, so the system is stable. As far as we see there is a lot of activity going on in upstream.”

So how does the NGC fit into all of this? By being the fulcrum that balances the upstream and downstream, maintaining stability in a sector than can often become volatile. “Some years ago when we were short of molecules, any little change in upstream would result in a plant shutdown. What do you see today? Big changes in upstream but plants remain online. So there’s obviously been some improvements in terms of stability on the estate.” He acknowledged the tight margins, and the NGC and Ministry of Energy earlier this year met with the upstream producers to work out more equitable contracts for fairer pricing – which would then hopefully result in more competitive pricing for downstream producers.

“It’s not to say we can say, let’s cut our price by 20 per cent because that means the people of Trinidad and Tobago will now subsidise plants downstream. It’s really trying to find that balance for the next few years and let the gas value chain analysis help in how we move forward.” 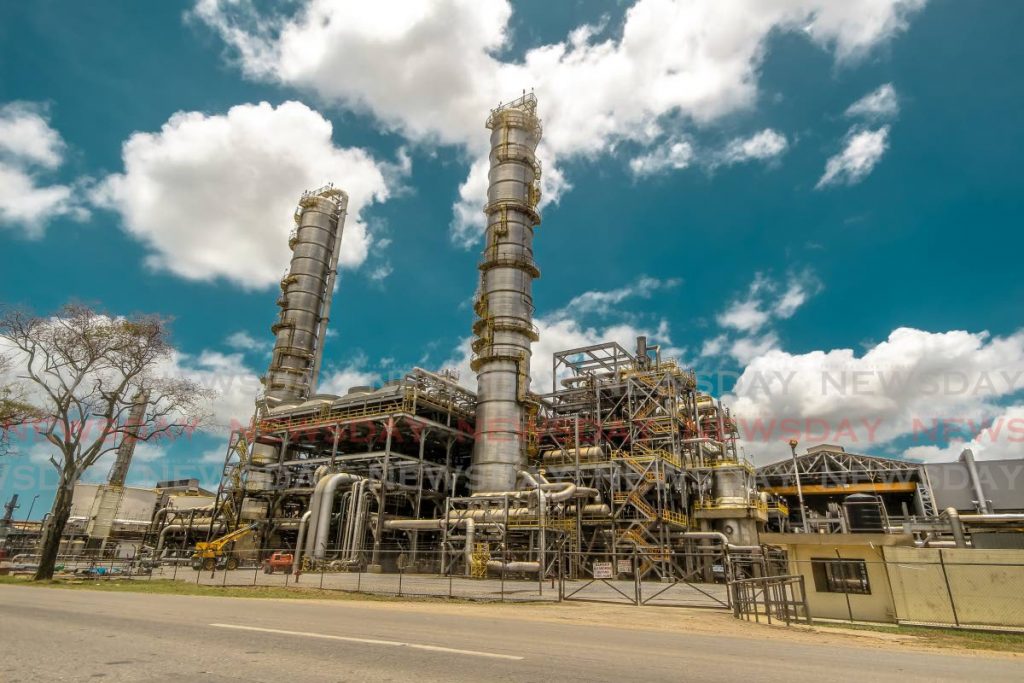 The company has also shifted more of its focus on sustainability, including safety and asset integrity. “You need a foundation to build on. On the people side, there’s been a lot of restructuring over the last few years with a lot of skills new to the NGC – getting geologists on board or supply chain managers.” Then there’s technology. The NGC introduced a system of e-auctions which has cut months of paperwork and processing down to an hour in a virtual bidding room. “We had about 13 last year; this year about 50. And you’re saving tens of millions of dollars with these tools in a fraction of the time.” The team is using drones and infrared cameras for real time data in the field. “From where I sit from the technological side of the business, the skills building side – if you came to NGC a few years ago and asked me how many projects we finished on time and on budget, the answer would have been very small. If you ask me today the answer, is 85 and 90 per cent respectively. For a state entity don’t you find that incredible?”

The post NGC president: Point Lisas must be efficient to stay alive appeared first on Trinidad and Tobago Newsday.