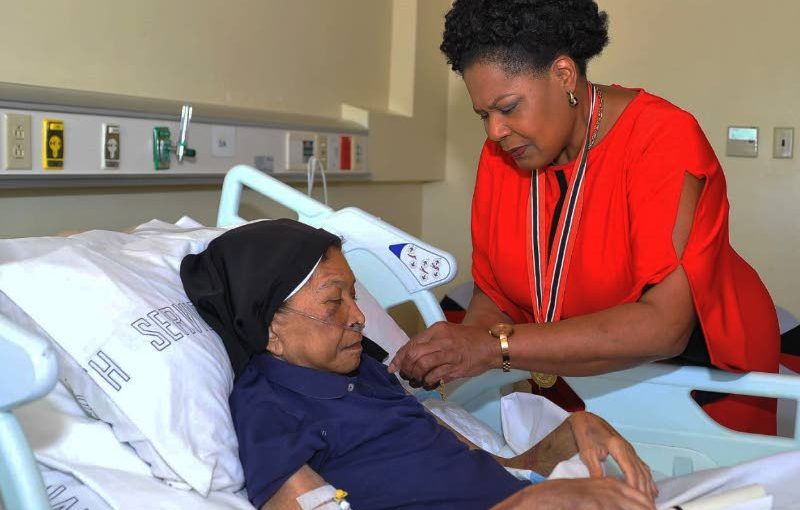 A FULL investiture ceremony was done on a ward in the Scarborough General Hospital in Tobago, where President Paula-Mae Weekes presented Dr Sister Phyllis Wharfe with the Medal of Merit (Gold).

When the National Awards were presented on Republic Day, Dr Wharfe was absent. She received the award in recognition of her decades of service in education and the empowerment of women. But she was extremely ill and unable to make the journey from Tobago. 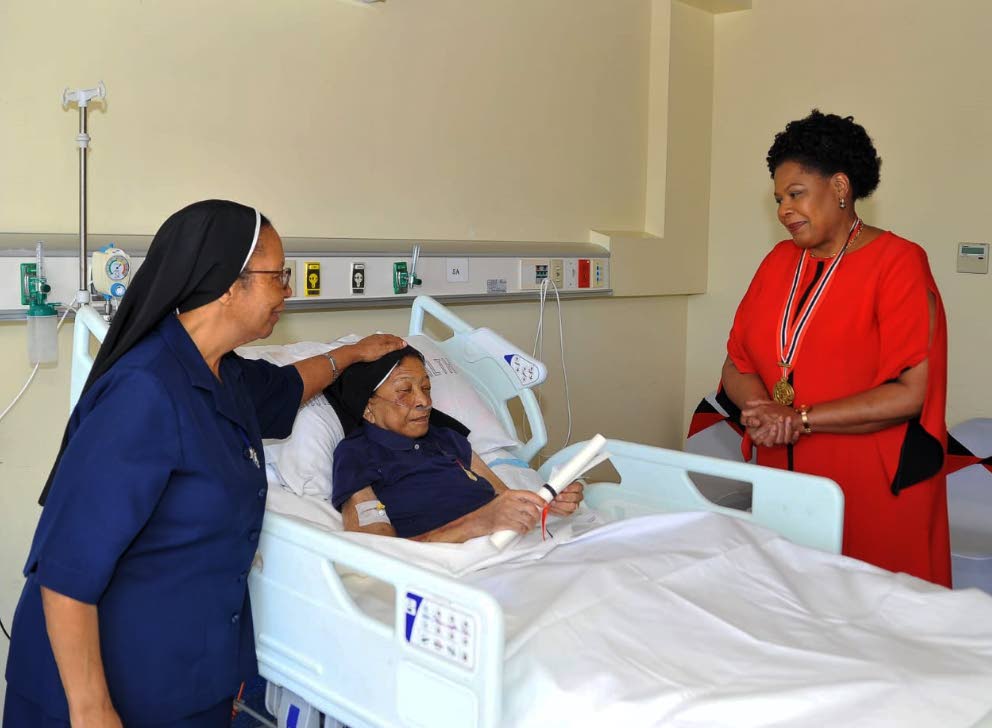 WELL DONE: A Sister congratulates Dr Sister Phyllis Wharfe on being bestowed the Medal of Merit (Gold) by President Paula-Mae Weekes last Friday at the Scarborough General Hospital in Tobago. PHOTO COURTESY OFFICE OF THE PRESIDENT[/caption]

According to President's House, when told of the gravity of Dr Wharfe’s medical state and of her desire to receive the award in person, President Weekes decided to present Dr Wharfe with her award in hospital.

At 10 am last Friday, with her sister, a friend, and a nurse as witnesses, a full investiture was conducted where the Aide-de-Camps announced the award, the recipient’s bio was read out and the medal was, at Dr Wharfe's request, pinned to her garment by President Weekes.

The Office of the President thanked Dr Agatha Carrington, Secretary of Health, Wellness and Development; and senior administrators and medical professionals at the hospital for making the ceremony possible.