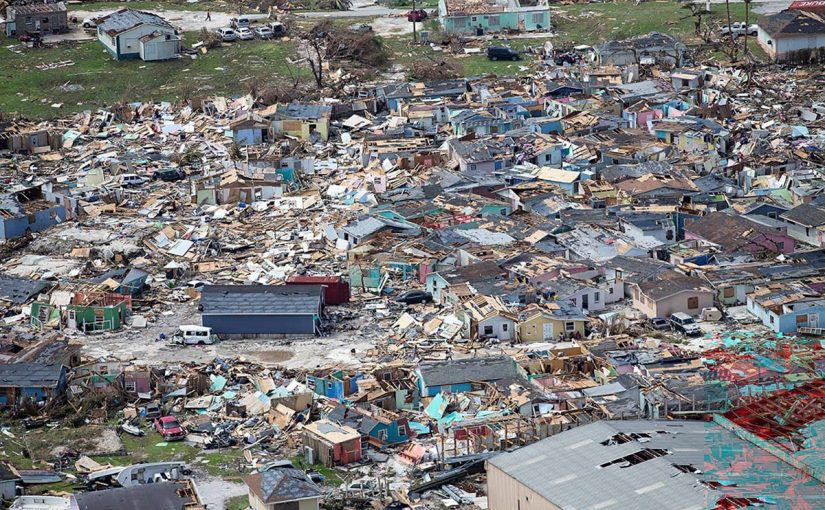 Bahamian Angelique Nixon is pleading with everyone to “Step up and plan for the future.”

Nixon, a lecturer at UWI’s Institute for Gender and Development Studies (IGDS) in St Augustine, said the devastation the Bahamas experienced is frightening and the effects of climate change have gone into crisis mode.

Climate change is fuelling the intensity of the storms, she said.

The Bahamas were hit earlier this week by the massive and powerful Hurricane Dorian.

Her family lives in Freeport and Nassau, and “it has been traumatising for them, as with the case of most people. Everything is lost. Communication and power lines are down, so it is difficult to reach people now.”

The little information received was that “water is receding, but people are still missing, especially those from the Haitian Bahamian community. “Because of their fear of deportation, many were afraid to seek shelter or help,” she explained. “We are still trying to get more information on this.”

The IGDS, Coalition-Against Domestic Violence, Network of NGOs of T&T for the Advancement of Women, and the Emancipation Support Committee TT (ESCTT) have come together to collect relief items.

Toiletries such as soap, toothpaste/toothbrushes, sanitary items, adult and baby hygiene products and non-perishable foods can be dropped off at any of those organisations’ headquarters.

Nixon added, “Cash donations are also welcome and will be sent to Equality Bahamas, Lend a Hand Bahamas, Human Rights Bahamas. I can also be reached at 732 3543 if there is any other assistance that can be afforded.”

The Rotary Club is collecting monetary donations. Chair for Disaster Preparedness of Rotary International in this district Dr Stephen Ramroop said, “The money will be sent to the District Disaster Fund. We are expecting to collect over US$100,000.

“The money will be sent to the Bahamian government, who will report on how it is spent. People can be assured that it will be used appropriately.”

Ramroop said he will be meeting with other Rotary delegates and the Caribbean Disaster Emergency Management Agency (CDEMA) next week in the Bahamas.

The Office of Disaster Preparedness and Management (ODPM), along with several other government agencies and NGOs, is co-ordinating relief efforts.

A BBC report has said aid and rescuers have begun to reach areas of the northern Bahamas.

Caricom and the Organisation of Eastern Caribbean States (OECS) delegates are in the Bahamas to discuss relief efforts.

The category five hurricane struck on Sunday and lingered for two days, causing massive damage to the Abaco Islands and Grand Bahama. The Prime Minister has reported 20 deaths so far.

In a press release from Caricom, Chastanet said, “The Caribbean is in full solidarity with the Government and People of The Bahamas and stands ready to give whatever assistance required.”

Yesterday afternoon Hurricane Dorian was about 55 miles east of Charleston, South Carolina, and 125 miles south-southwest of Wilmington, North Carolina. It has weakened to a category two storm and is likely to make landfall last night into today, the US National Hurricane Center (NHC) said.

The NHC was also monitoring Tropical Storm Gabrielle, about 1,420 kilometres northwest of the Cabo Verde Islands. There are no coastal watches or warnings in effect.