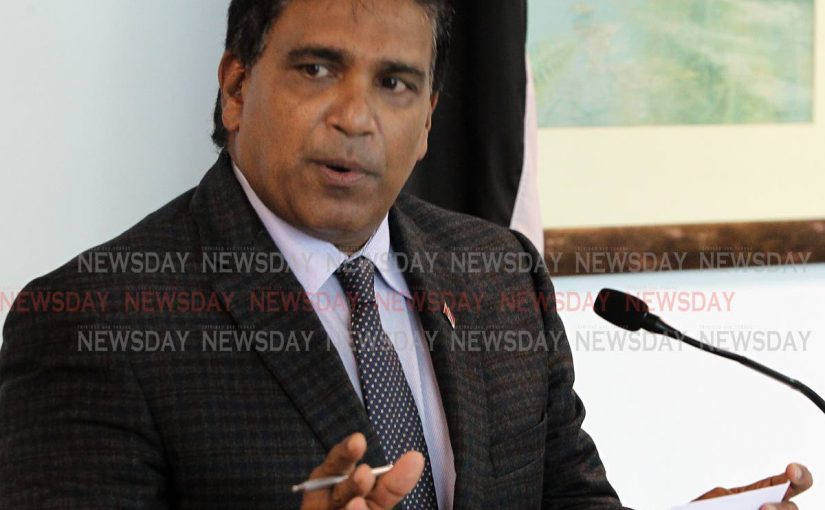 FORMER housing minister Dr Roodal Moonilal is calling on the Prime Minister to come clean and tell the public the real reason for pulling out of the housing contract with a Chinese construction company.

He also wants Dr Rowley to say what will be the country’s liability for breach of contract after the deal was approved, signed and sealed in May.

At the signing, Housing Minister Edmund Dillon described the initiative as “a very defining moment in the housing construction industry.”

Moonilal said this “sweetheart deal” was tainted from the beginning and was most scandalous and obscene.

He said he had warned the government of the unprecedented danger posed to the economy by crowding out local contractors and suppliers who are still owed for work done. The government was also warned against using scarce foreign exchange to support an international firm at the expense of the domestic construction industry players.

Rowley said the contract, to build 5,000 housing units across the country, was reviewed and stopped because certain parts did not meet Cabinet’s acceptance and approval.

Government was depending on the proposed 235 high-rise units at Lady Hailes Avenue, San Fernando, to kickstart the expansive San Fernando Waterfront Redevelopment project.

Moonilal said on Friday, “The Government must state clearly what were the offensive provisions on the contract signed between his government and the Chinese contractors

“He must say who were responsible for undermining the interest of TT, what action is to be taken against the HDC board for presiding over this debacle, and more importantly, what is the nature of, and all liabilities and damages that the taxpayer is now exposed to after this scandal.”

He said the cancellation of this project had exposed the Government’s absence of strategic vision and planning.

“The failed Keith Rowley-led PNM Government had promised affordable high-quality housing for citizens, but with the cancellation, it would not construct a single home in its five-year term.”

Moonilal described the contract as “most unusual,” as the CGGC would have received an "inordinate" number of concessions and benefits, “including an agreement from HDC to convert 60 per cent of the contract price to US currency and for reimbursing CGGC all its VAT payments and full waiver of all custom, import duties and all other related fees and charges levied on the contractor during the performance of the project in accordance with the laws of TT.

“HDC was also responsible for obtaining all work and resident permits and visas for 600 Chinese workers/labourers as well as for the 24-hour security at the building sites and CGGC’s personnel and property, which included round-the-clock presence of one TTPS patrol vehicle and two armed police officers.

“There was no need to bring foreign contractors to a sector that was fully capable of being driven by local competencies and capacity,” Moonilal said.