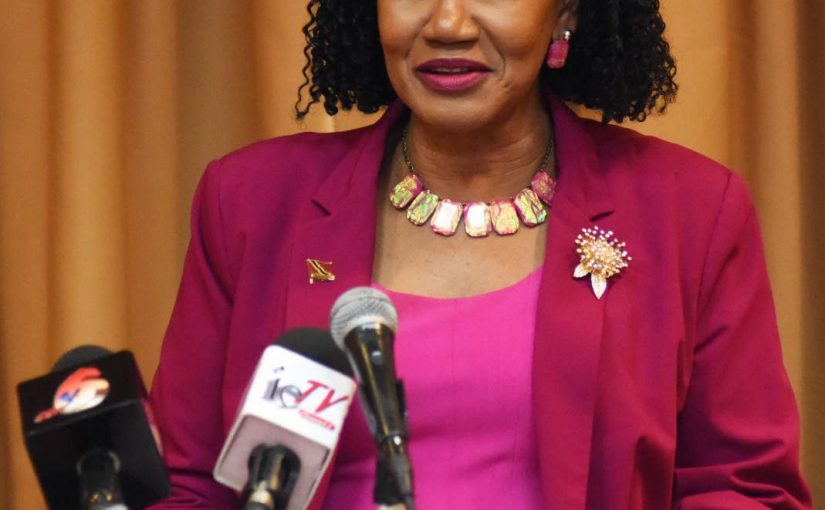 LABOUR Minister Jennifer Baptiste-Primus says her ministry cannot legislate the negotiating process as this takes place between an employer and the union. This, she said, was where one would have to use moral suasion to encourage both parties to sit and talk.

The minister was responding to a question on the inordinate length of time it often takes for negotiations to be completed and how to rectify this.

Baptiste-Primus spoke on Wednesday during a news conference on the Labour Legislative Reform Agenda at the Ministry of Foreign and Caricom Affairs, Tower C, International Waterfront Centre, Port of Spain.

“Let me tell you, it is not only employers who delay negotiations, unions also are guilty of that by not submitting proposals to the employer so both parties could take stock and come to the table with an appreciation of mutual respect so negotiations could be conducted and completed on a timely basis.

She said the ministry is looking at contract labour since government’s policy is to reduce State dependency on this form of labour. “You cannot be part of the nature to remove contract employment, but certainly we can make a concerted effort to reduce our dependency on contract labour. That position paper was placed before Cabinet and is before our Finance and General Purposes Committee. The idea is to bring stakeholders together so they can agree on a prescription for the reduction of dependence on (this kind of) labour,” she said.

The minister is hoping amendments to the Industrial Relations and the Retrenchment and Severance Benefits Acts would at least be before Parliament by year’s end.

The post Minister: Unions just as guilty as employers appeared first on Trinidad and Tobago Newsday.