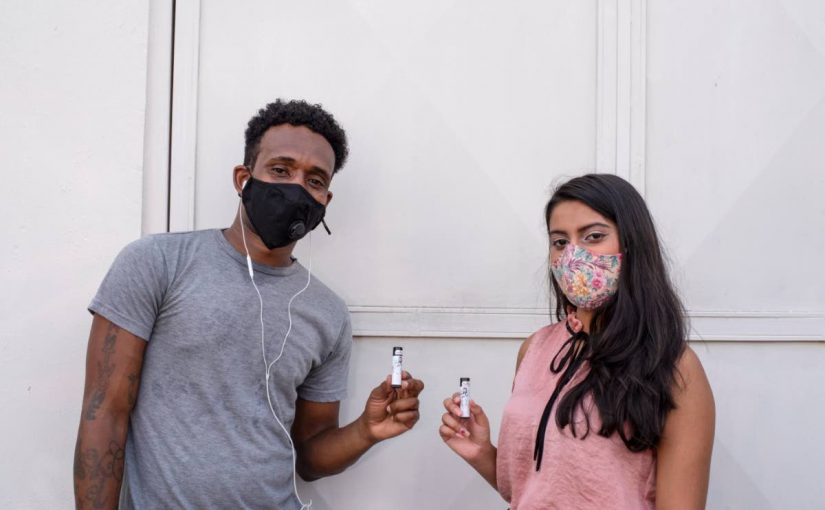 Superhero fiction is one of the most ubiquitous and profitable sub-genres of fiction in the world, owing to the success of their big and small screen adaptations.

But years ago, before blockbusters like The Avengers and Netflix series like Daredevil, the range of products offered by publishers were mostly limited to comic books and action figures. While the allure of comics in a traditional hard-copy format has waned, the popularity of official merchandise has grown.

In 2018, Disney, the owners of Marvel Entertainment and Lucasfilm (the creators of Star Wars and Indiana Jones), was ranked by License Global magazine as the world’s top licensor, earning US$54.7 billion in retail sales from licensed merchandise alone.

Since the 1990, local artist Ancil Harris has been creating the Magnolia comic series about a telekinetic teen superhero who is coming into her powers in the Caribbean. And with the scheduled debut of the Magnolia television series featuring in November, Harris intends to use the appeal of character merchandise not only as a stream of revenue but as a marketing strategy for his show.

Speaking with Business Day recently, Harris, 34, said the line of character products will also be a means of helping other small brands gain greater recognition.

He has collaborated with local cosmetics producers Curl Confidence and Vin Natural Cosmetics to release a line of products bearing the image of his character to better promote both brands as well as his own, a decision which he said was welcomed by both owners.

“It’s not as simple as just watching the show and that’s it. Kids can go out to buy and collect stuff of the character," he said.

The release of these cosmetics is not Harris’s first attempt at merchandising; he launched a Magnolia mobile game in April with assistance from local digital developers Atomic Rebel. Rather than put the game for sale in the Google app store, Harris kept it free using it as a marketing strategy to make his character more popular, a decision he said paid off in the long term. 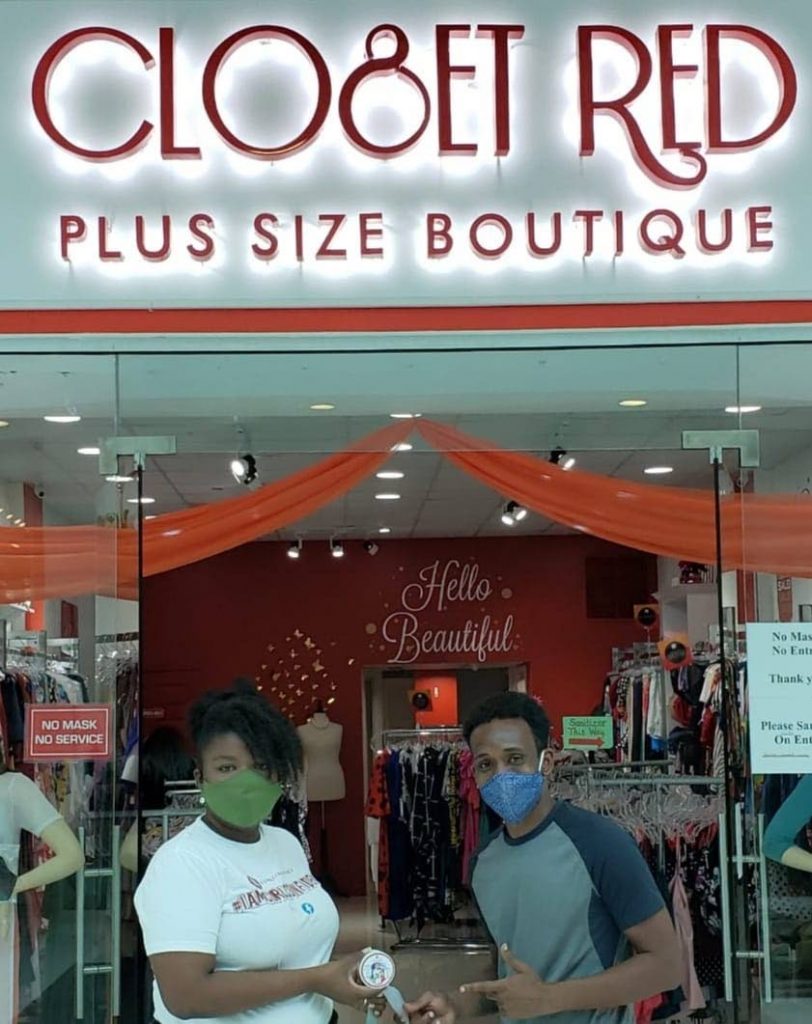 “It (the game) reached number four trending on Google games in the first few weeks and reached number 20-something on worldwide games and it has a 4.8 rating," Harris said.

“What we wanted to do was have the game for free so that people could download it, enjoy it and give us some feedback. It was more like a marketing device because it was suggested by the developers as well.”

With a growing following thanks to the game, Harris is taking his next step in merchandising: toys. he intends to release Magnolia plush dolls and action figures shortly after the release of the first episode of the series later this year.

The action figures are imported from China and customised locally with his own team of designers, while the plush dolls are ordered from another local creative, Robin Hoods, based in Diego Martin.

Considering that the first episode of the series has not even aired yet, it might seem like an unnecessary risk to invest this much time and money into products not knowing what the public reception to the character might be, but Harris said the risk is minimal.

Calculating the cost of investment for everything from the cosmetic products, to the game and the dolls, Harris estimates he spent approximately $5,000 in all to create merchandise.

“It didn’t cost all that much especially if you look at the cosmetics and stuff the good thing about the cosmetics is that it was easy to do because of the fact that the product is already there, all we needed to do was to supply them with a label for their products.

This symbiotic relationship that both Harris and his business partners share has helped all involved understand the importance of networking and building long-term business relationships for exposure as a critical asset in establishing a brand.

On his partnerships with Curl Confidence and Vin Natura Cosmetics, Harris said: “These businesses wanted to try something new, so when we approached Curl Confidence with the idea of having official Magnolia styling custard, it was something (owner Coryse Best) really wanted to do, because it was teen-oriented.”

Best said when she was approached by Harris earlier this year with the idea, she felt both their brands promoted the empowerment of local women and girls. 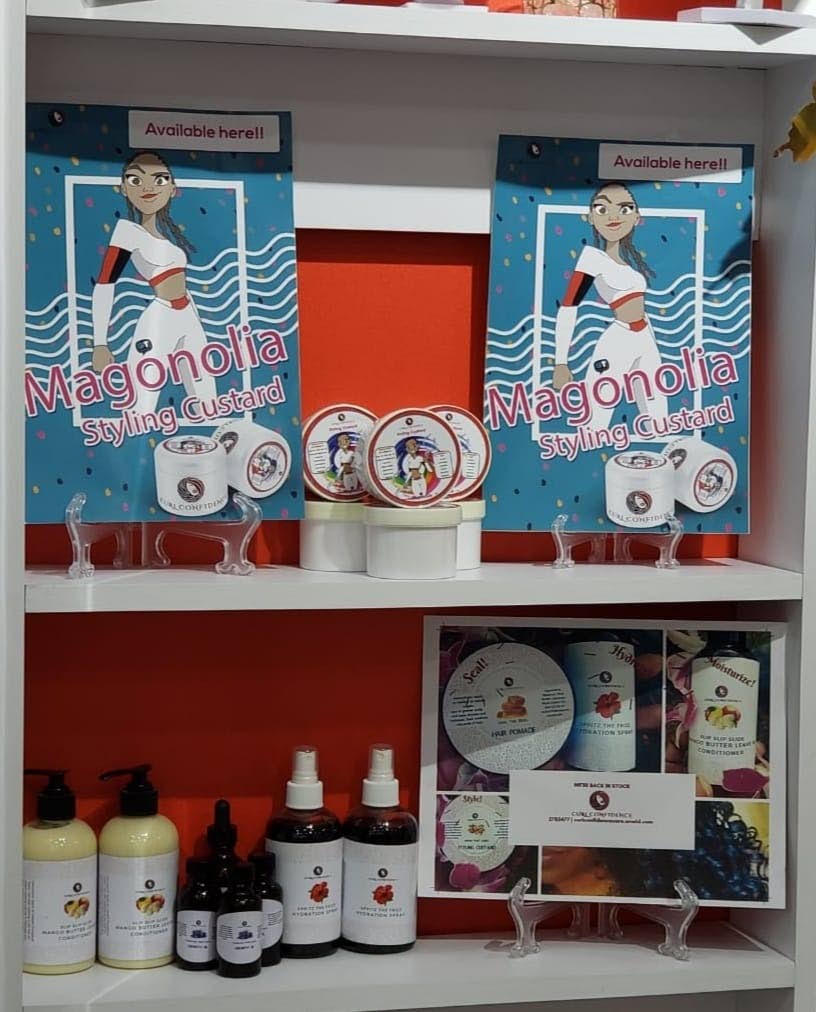 Best, who founded Curl Confidence in 2018 for her seven-year-old daughter Skylar Marie Morton, said all products were manufactured out of a converted bedroom at her home. She was pleased with the response from the public to the Magnolia styling custard.

"We agreed initially on 50 (units of custard) and depending on how they moved we would go back and do more. The response has been good. Because of the covid19 pandemic we weren't as able to launch as widely as we liked but there have been sales from my online stores (for) delivery and stores that I have an agreement with – the GlamBox in St Augustine and Closed RedPlus Sized Boutique in the C3 Centre, San Fernando."

For her part Vinita Katwaroo, owner of Vin's Natural Cosmetics, said she was happy for the opportunity to not only promote her own brand but also encourage a positive role model for local teens.

"As a small brand it's nice to be a part of something bigger than myself and I really support what he (Harris) is doing by promoting our local culture to make something for the next generation. It's really important because it gives us as a Caribbean people better representation.

"I like the fact that it would bring more exposure to my brand as well. Small businesses don't always have the finances or the resources to get our names out there."

Katwaroo who has also been operating her business from her home since 2015, said she began producing ten units of the Magnolia lip balm and she will continue to produce more based on popular demand.

While the character's small screen debut is anticipated by its small but growing following, one of Harris' concerns is the loyalty of local viewers to a local character.

"A lot of Trinidadians don’t pay to stream stuff online. There will be Trinidadians that buy Netflix – even I have Netflix – but will Trinis buy a local movie to watch online? I don’t know if people think in the back of their minds that once it’s a local movie it should be free, but we will see.

"I think it depends on how good the product is. At the end of the day we’re accustomed to the American superheroes so I personally think we have a 50/50 chance of success but it depends on how it will be presented, whether as a joke or a serious, interesting character, and we want to put Magnolia on a scale that looks cool."

For now one of Harris's main objectives is to create a compelling series for both local and international viewers by giving them the full experience of an established superhero, complete with character merchandise.

To die-hard fans, official merchandise is more than just a childish novelty or gimmick, it is a valued keepsake that gives them ownership over a piece of the character or franchise they cherish.

The post Local superhero gets merchandise appeared first on Trinidad and Tobago Newsday.