Lawrence: Our best is not good enough 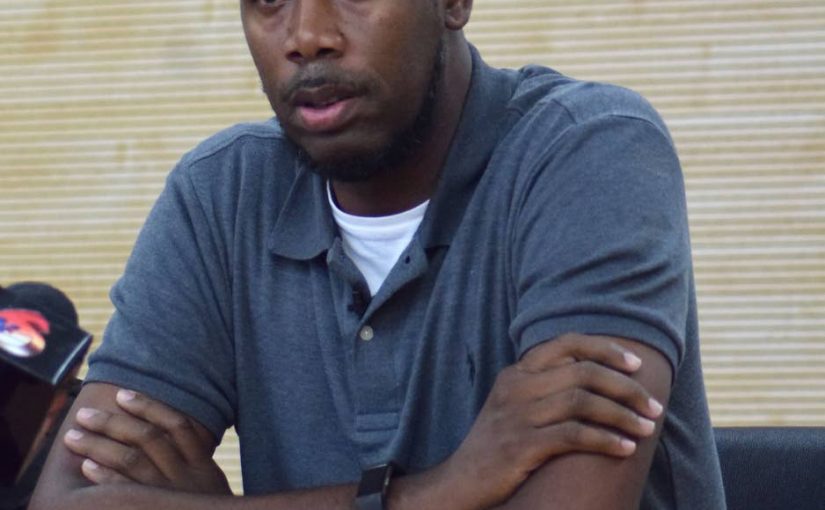 TRINIDAD AND Tobago men’s football team coach Dennis Lawrence painted a disappointed look after he guided the national squad to the ignominy of 13 matches without a victory, at the international level, the worst record for a TT coach.

TT fell to a 2-0 defeat against Honduras in a Concacaf Nations League, League A, Group C match at the Hasely Crawford Stadium, Mucurapo on Thursday evening.

During the post-game media conference, Lawrence spoke about the match, the 13-game win-less run and what he thinks are the problems plaguing TT football.

Media: This is the longest win-less stretch, how do you feel?

Dennis Lawrence (DL): That’s a very disappointing stat, but I think I want to focus on the game that brought about the stat. It was very disappointing to be involved in a game that literally had nothing between it, but you’re talking about seven bookings and two red cards. I couldn’t see that coming. The second thing I’m disappointed in is the way we conceded the first goal, way too easy. It was a disappointing night.

Media: How will you look at himself as a coach, having gone 13 games win-less?

DL: Let me put this into context. Dennis Lawrence is the coach and I stand here and (will) take all responsibility for 13 games without a victory. But we must always remember it’s Trinidad and Tobago who have gone 13 games without a victory, not Dennis Lawrence. The only thing I’ll do is work very hard to ensure that we try to change these numbers.

Media: This game puts us in a spot where we may not advance in the Nations League, the problems are evident, how do we fix it?

DL: The problem is, to me, hard work, and working harder. I believe if you continue to make the same errors then something’s wrong. It means you’ll need to make a couple changes. Some of the players (on Thursday) night, we expected a little bit more.

Media: Do you think you have the best personnel/players?

DL: We always have quality. Sometimes I question our mentality. Quality, I think, a lot of us are born with that. Sometimes I think, in certain situations, when it gets a bit tough, when it comes down to that individual duel, like when we went 1-nil down, those are the moments for me that I question and I wonder whether or not we’ve got it in our tank.

Media: A lot of your experienced players let you down, will you use (tomorrow’s) Venezuela game to look at reserves?

DL: We were always going to give some of the players that we need to find out about at the international level an opportunity in the Venezuela game. Players need to start taking responsibility for their own performance at times. I will always defend them when I think they need defending.

Media: Is this effectively the worst-ever TT team?

DL: The facts are there. We can all go through it as we want. You can put responsibility on players but sometimes we need to take a look at ourselves. Is the structure in Trinidad and Tobago football right for us to demand the same results we think we should be getting? In my opinion, I think it’s difficult for the boys. You cannot play 11 games in an Ascension league and go and compete against teams that are professional, like Mexico and the USA. It’s difficult. The challenge remains until we fix the club structure in Trinidad and Tobago football.

Media: Do you think changes need to be made in the technical staff, for players to hear different voices?

DL: These are always options. Anything that can add value to the coaching staff, I’m always open to it. We’re trying to make the best of what we have. We are miles away, in terms of our facilities, in terms of our structure. But yet we are still asked to deliver. Our best is not good enough and we need to find a way to fix that.

The post Lawrence: Our best is not good enough appeared first on Trinidad and Tobago Newsday.