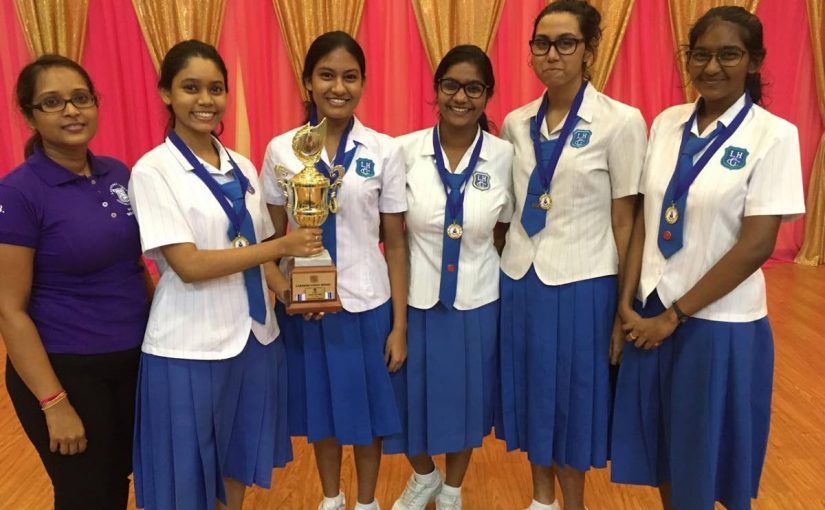 THE Lakshmi Girls Hindu College last week hosted its tenth annual Science Fair at which the innovativeness and creativity of the students involved were on display for the entire school's student body to see. 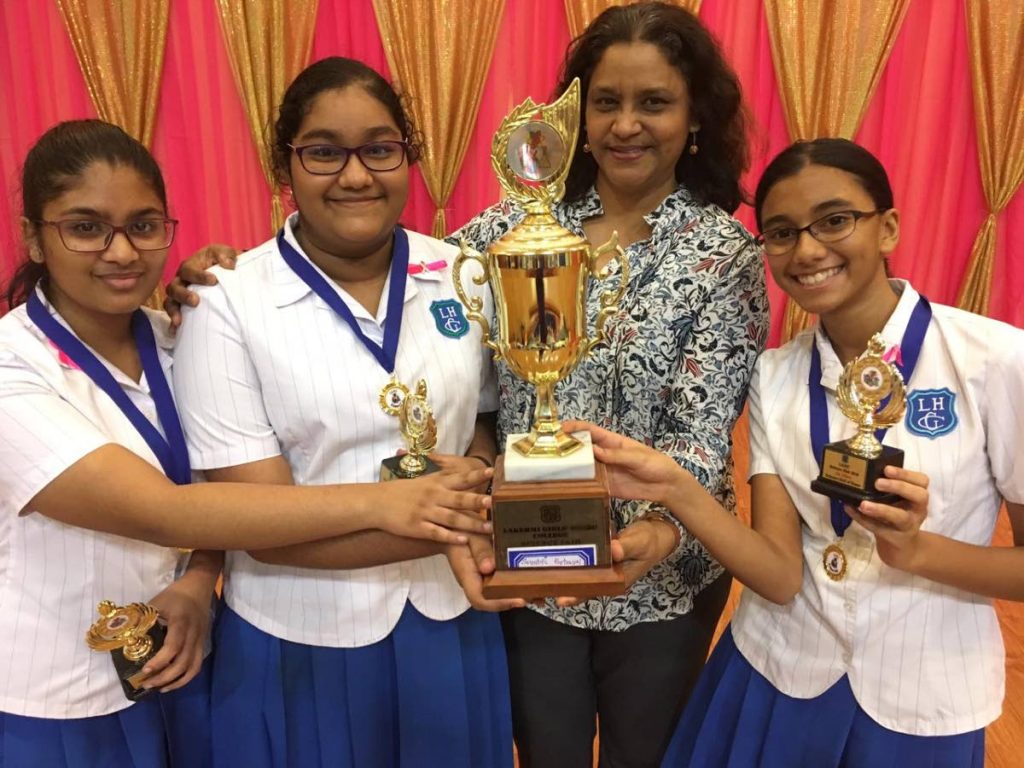 "This fair allows the creativity, talent and innovation of our students to be displayed as they deal with specific challenges placed before them. It gives them an opportunity to put into practice what they have learnt from their teachers and I commend all our students and the Science Department for putting on this event today," Principal Persad said. 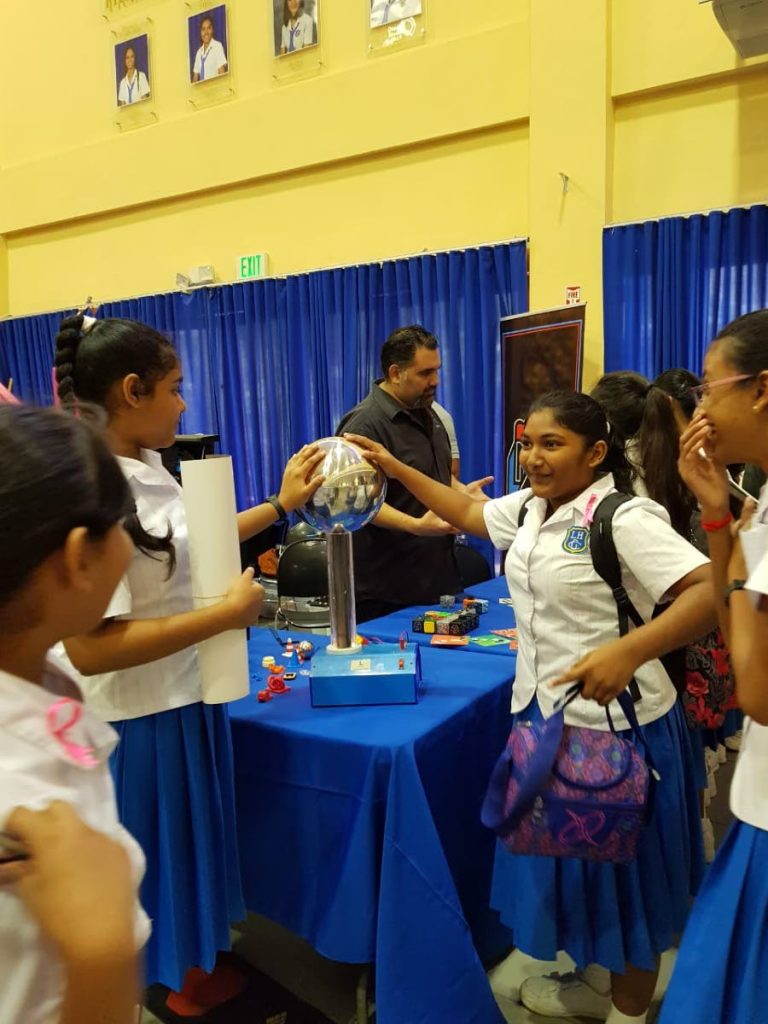 Students anticipate the effect of the Van de Graaff generator.[/caption]

The science fair comprised competitions and interactive educational booths and exhibitions for students. This year, students competed in four categories. The first was an investigation project where students used the scientific method to investigate a problem and present its findings. The second was an innovative project where they designed or improved an item to serve a purpose.

The third area was the 'Scientists Hall of Fame' where students used costumes and props to get into the character of a famous scientist to demonstrate that scientist's work or contribution.

Last but not least, students participated in a STEM (Science, Technology, Engineering and Math) challenge where they designed and built a bridge using only a pack of macaroni and a tube of krazy glue. 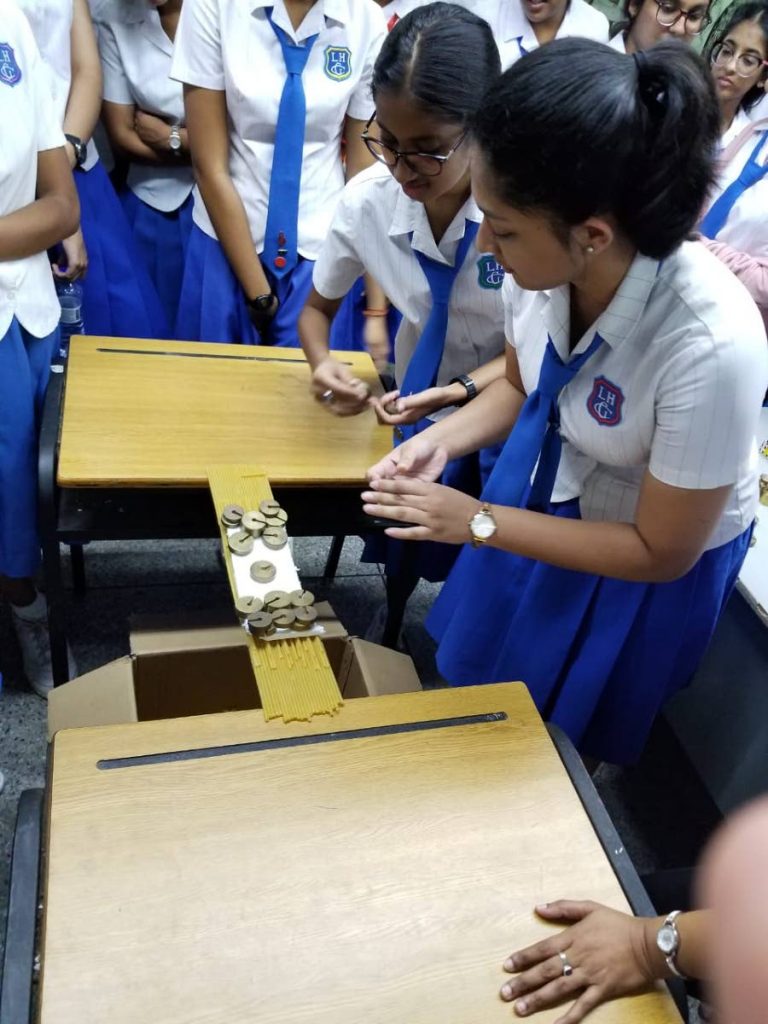 STRENGTH TEST: Students test the strength of their bridge, made from raw macaroni, as part of their STEM challenge.[/caption]

Science Dept teacher Susan Maraj said the students' passion and enthusiasm for their work went a long way to make the Science Fair successful. "Our students always look forward to the interactive and engaging educational booths and exhibitions presented by the various interest groups and stakeholders in the community who were invited to be a part of the fair," Maraj said.

Like in previous years, this year the booths and exhibitions were manned by organisations such as NIHERST, SHELL, WASA, SWMCOL, COSTAATT, UWI and RSC International. The Health section was made available to the students by Value Optical, Pistine Dental Solution and Dr Ian Ramnarine.