Khan: BHP Broadside Well to be deepest in TT 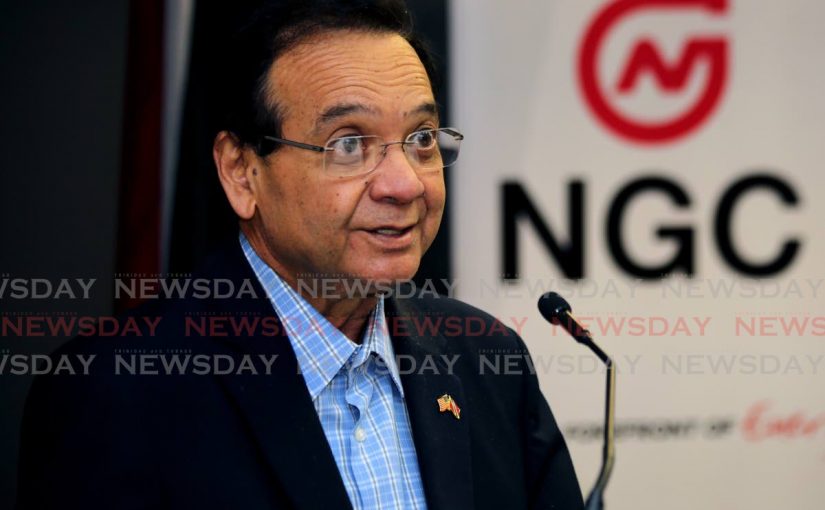 ENERGY Minister Franklin Khan says "if all goes well," the BHP Broadside Well will be the "deepest ever drilled in TT."

He was speaking at a press conference Tuesday morning, where he discussed the return of the Invictus Deep Water Rig and drilling of the new well.

Last Thursday, BHP confirmed it is drilling off TT's northern coast and that the ship is anchored 134 nautical miles off the coast in Broadside Block 3. Khan said despite the covid19 pandemic, the upstream sector was "largely spared major disruptions.

"Oil and gas production has been maintained at levels required to meet the demands and planned investments, as in the case of the Broadside well, are on stream."

He said the production of both should increase "progressively" within the next two years, adding that the industry's future lies in the country's deepwater province.

He said while no production has yet happened, there have been "exploration successes that have added to the country's natural gas reserves." He said BHP has "expended approximately US$1 billion in geological, geophysical and drilling work.

"BHP's continuing exploration effort and faith in the prospectively of the country's deepwater area are to be commended. I wish the company every success in the drilling of this well because your success is clearly our success."

The post Khan: BHP Broadside Well to be deepest in TT appeared first on Trinidad and Tobago Newsday.