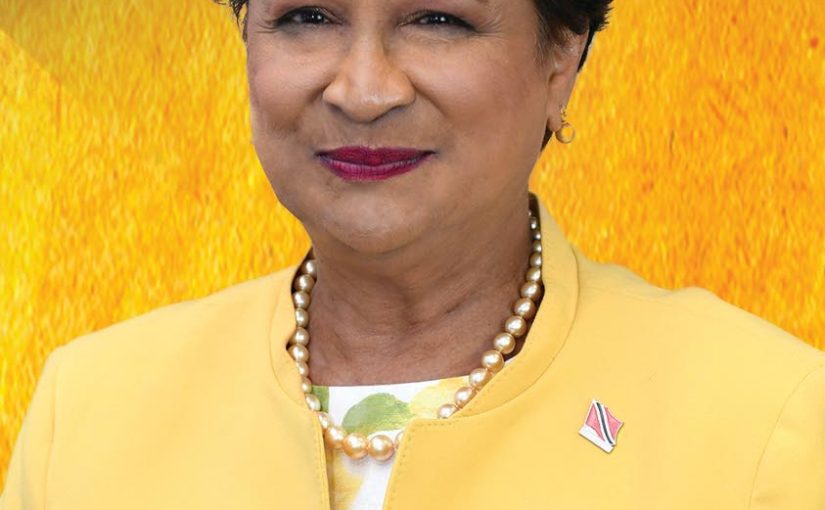 Karim was among 18 candidates announced at a virtual meeting on Thursday night, including Persad-Bissessar for political leader.

Vasant Bharath, the lone contender, announced his slate the night before.

Persad-Bissessar said Team Star is the most diverse team in her party of inclusion, breaking all barriers of race, gender, religion and age. She urged members to “follow the star right down into Christmas and bring victory for party and the nation.”

MP Dave Tancoo, who is contesting the position of chairman, said the UNC was the most diverse party in the nation.

St Augustine MP Khadijah Ameen, contender for the post of vice chairman, recalled as a youth officer she was cautioned not to enter any red-band maxi taxi wearing her UNC jersey.

“I was told to take it off, fold it up, put it in your bag and when you reach to your meeting put it on. Because there was a time in this country when it was unacceptable to be seen wearing your UNC jersey.

“Now every person, in every part of this country, even in so-called PNM areas, know Aunty Kamla and know the UNC and are not afraid to support the UNC.”

Tancoo said party membership grew by 300 per cent under Persad-Bissessar's tenure and now “that other fella” who abandoned the party after it lost the 2015 election wants her to step aside.

All the speakers asked Bharath where he was when the party needed him the most.

“Today you are reaching out to persons who were screened but not selected as candidates. They are good people, but because of their own personal disappointment you are capitalising on it to pull them over to support you.”

Pointe-a-Pierre MP David Lee, who is once more seeking a mandate to become one of three deputy political leaders – the others are Senator Jearlean John and MP Dr Lackram Bodoe – called on the membership to “reject and denounce those with sour grapes who were saying the Opposition was weak.”

He gave examples of the Opposition standing valiantly inside and out of the Parliament each time the People’s National Movement (PNM) government tried to trample their rights.

Lee also called on members to reject the impossible idea being put forward by their rival that the leader of the opposition and the political leader could be different people.

“He lost St Joseph in 2015. He lost the chairmanship of the party by a margin of eight to one in 2010. He barely held on to victory in St Augustine in 2007, with the lowest margin of victory ever in this party’s history. He can’t take us back into government.”

Lauding the strides made in the health sector during the People’s Partnership administration, Bodoe said Persad-Bissessar was the best choice to lead the country.

He said TT was facing a health crisis with the covid19 challenge, but noted the parallel health care system for it was concentrated in facilities built by the Persad-Bissessar government – the Couva Children’s Hospital, UWI's Debe South Campus, and the National Racquet Centre, Tacarigua.