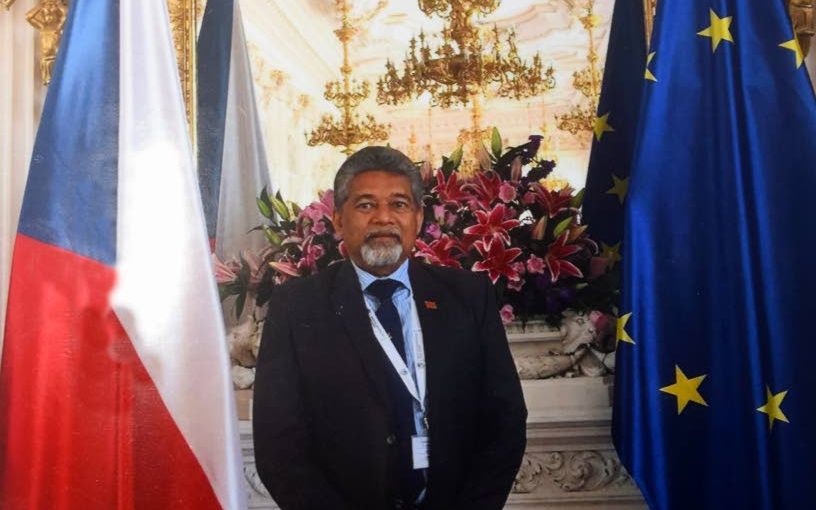 Justice of the Peace, Colin Baggan, is now the official Honorary Consul of The Czech Republic in TT.

His appointment was approved by the Czech government in early 2018 but it was not made official in TT until July 10, 2019.

Baggan told Sunday Newsday it all came about when he was visiting New York in 2016. He was recommended to the Czech ambassador who contacted him for advice on a situation between a Trinidadian and a Czech national who both lived in New York.

After the matter was resolved he was invited to become the consul representative as the post was vacant. He therefore applied, was interviewed for the position, and was appointed. “The process involves the TT Minister of Foreign Affairs signing off on the acceptance of the appointment. That means I had to be vetted through the Prime Minister, Cabinet, Special Branch (of the TTPS), and so on, and that took months.”

He explained that the consulate’s duties were similar to an embassy, but not responsible for certain things like issuing visas as that is processed through Colombia. He said the consulate also verifies documents, make contacts or be the conduit for trade, and other responsibilities.

“My job is to safeguard the interests of Czech nationals travelling through and residing in TT... The consulate also operates as a mission to engender and encourage trade and tourism in TT and the Czech Republic.”

Baggan said there is a very small population of Czech nationals in TT but many people visit Prague because it is rich in art, culture, and historic buildings, and the country does some trade in ammunition with TT. He said the Czech Republic manufactures many things from electronics to beer and it is looking for new markets to ship it’s products.

He advised that he can be contacted at 638-3908 until he establishes an embassy. He noted there was no deadline to do so as setting up an embassy would depend on several issues including finding a location, equipping the office, staffing, and the availability of a supervising ambassador.