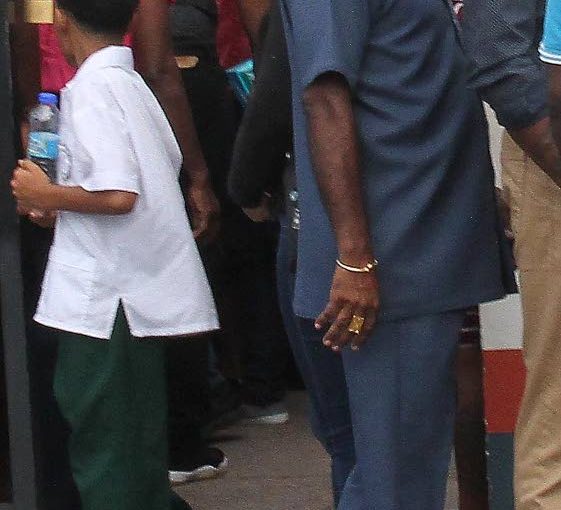 A JUSTICE of the peace, a schoolteacher and a member of the Coast Guard all appeared yesterday in the Chaguanas magistrates' court, charged with driving under the influence of alcohol.

Justice of the Peace (JP) Krishna Ramkissoon, 60, pleaded not guilty to four charges before senior magistrate Wendy Dougdeen-Bally, that on Friday, at Caroni Savannah Road, he drove a car while under the influence of alcohol.

She read another charge to Ramkissoon, who is also a commissioner of affidavits, that he resisted arrest by a police officer during the execution of his duties. Another charge was that he drove a car, PCL 6622, in a manner that was dangerous to other users of the roadway.

Attorney Taradath Singh pleaded on his behalf for continuing bail, but Dougdeen-Bally ruled that it would be conditional on the JP surrendering his passport. The attorney argued that even in very serious criminal offences, the court was not minded to take an accused person's passport.

However, Dougdeen-Bally said given the nature of the charges, Ramkissoon ought to have known the risk of the court's laying down conditions to his bail. He should have walked with his passport, she added, saying that the court was minded to remand him into custody until a relative provides it.

"I can't see why the court shouldn't exercise the authority to take his passport," Dougdeen-Bally said.

She granted Ramkissoon $45,000 bail and ordered him to produce the passport by noon today.

Coast Guardsman Daryl Roopnarinesingh, 27, appeared in the same court, for driving under the influence of alcohol on Saturday in Chaguanas. Attorney Shiva Boodoo said Roopnarinesingh has been an electrician with the Coast Guard for the past nine years. He pleaded guilty and on October 24, the facts will be read and he will be sentenced. He is on $20,000 bail.

Also before Dougdeen-Bally, a schoolteacher appeared charged with driving under the influence of alcohol. He pleaded guilty and will be sentenced on October 25, when the facts will be read. He was stopped on Railway Road, Chaguanas, on Saturday and administered a breathalyser test, which he failed.

Boodoo said he is a teacher at the Santa Rita primary school, and an active member of the TT Unified Teachers' Association.