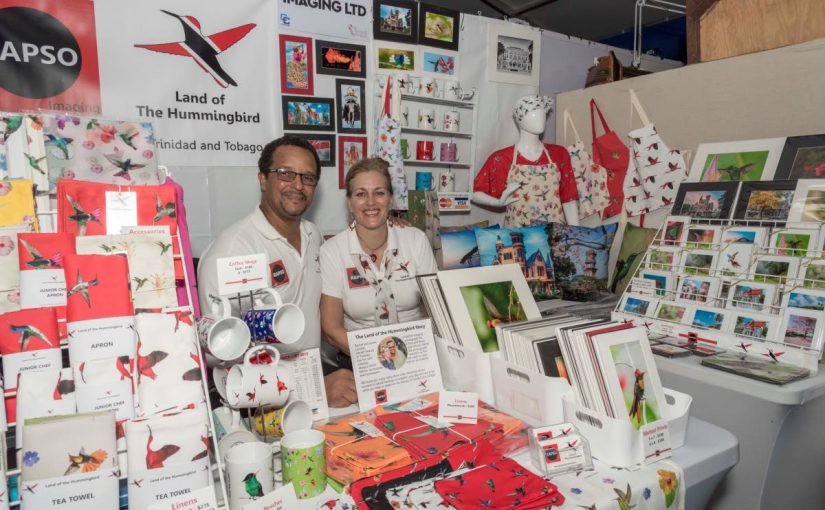 THEY say if you do what you love, you’ll never work a day in your life. The story of James Solomon and Rachel Lee Young embodies this statement.

The passionate photographers have turned what was once a hobby into a full-time career that continues to evolve and bear constant fruit. They are the owners of Rapso Imaging Ltd and its product line Land of the Hummingbird.

While the name Rapso is a nod to TT’s indigenous musical genre, it's also a combination of the first two letters of Lee Young’s first name and the first two of Solomon’s surname, with a P for "photography" in between.

The two began working together in 2013, and Rapso Imaging was incorporated as a business in March 2016.

Lee Young joined that forum. They realised soon after meeting that they shared “photographic interests” and collaborations began.

Before coming to TT 20 years ago, Lee Young was an engineer for the UK’s ministry of defence and a technical management consultant working on systems integration projects for international cellular companies. She had studied electrical engineering at Cambridge, and took a career break to raise her family.

But she also always had a creative streak, sewing and making jewellery and art all her life, and a passion for the Caribbean’s flora and fauna.

“I really got into all of the beautiful flowers and the hues, the forests, the beaches and, the last few years, the hummingbird,” she said.

“I really enjoyed that. I like playing with computers, and I like designing things. Digital really opened up a new opportunity for me,” she said.

She has been a photographer for the past 15 years, although not professionally at first, and can still recall the moment she captured her first hummingbird. It was at Ajoupa Gardens, Freeport Mission Road, Couva, in 2006, and it was a white-chested emerald hummingbird. To this day that image still sells on greeting cards created by the duo. 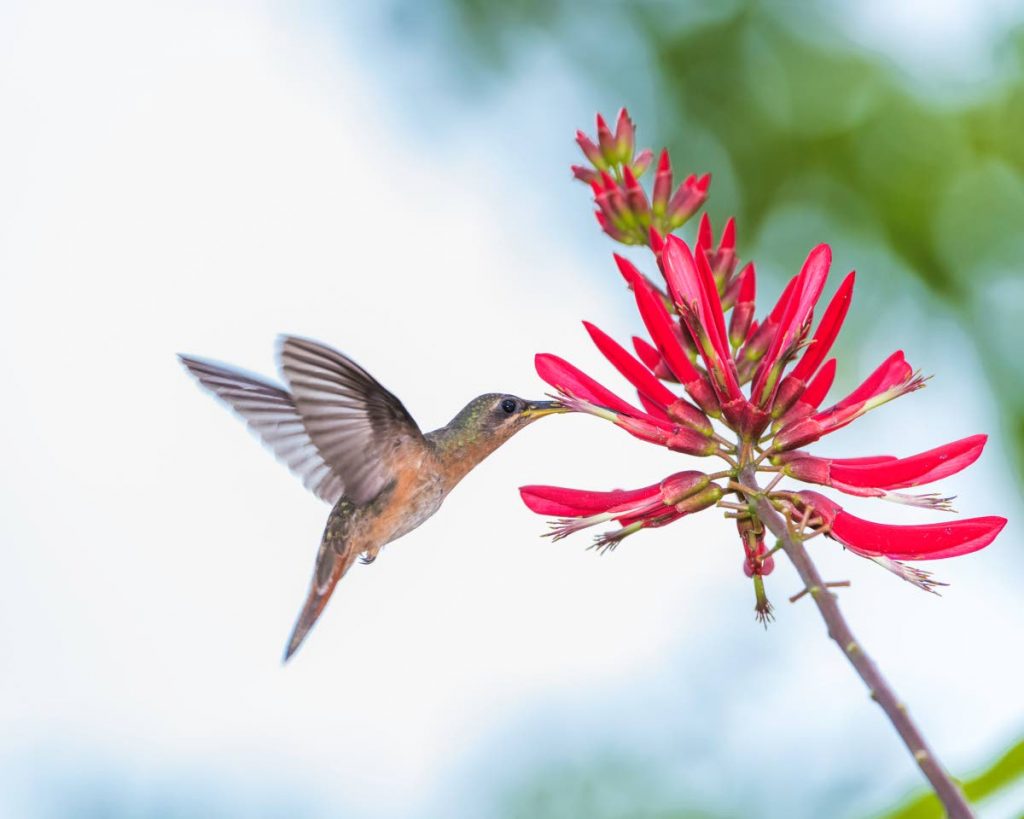 For her, “There is something addictive about taking photographs of hummingbirds, because they are not easy.”

She's always been intrigued by hummingbirds, something she never saw in England.

“The hummingbird is considered to be a kind of mythical, special creature, and I guess since living here I have always been fascinated by them. As my photography skills improved and I did more and more photography of hummingbirds and I researched a lot about them, found out about all the different types of birds in TT, and then moved further afield, I realised so many people loved hummingbirds.

“Then with the digital photography, of course, there were so many possibilities to be able to extract images and play around with them and do design things with them.”

This led to her putting the images together. The birth and growth of digital printing technology allowed the reproduction of those images in other media.

“A couple of years ago, I felt like I really wanted to put some of these designs on fabric, so I did a little bit of research and came up with a company in Durham, North Carolina, US, called Spoonflower, which gives the facility to print on lots of different types of fabric.”

She first printed her design on a sheet of wrapping/gift paper, which remains untouched to this day. 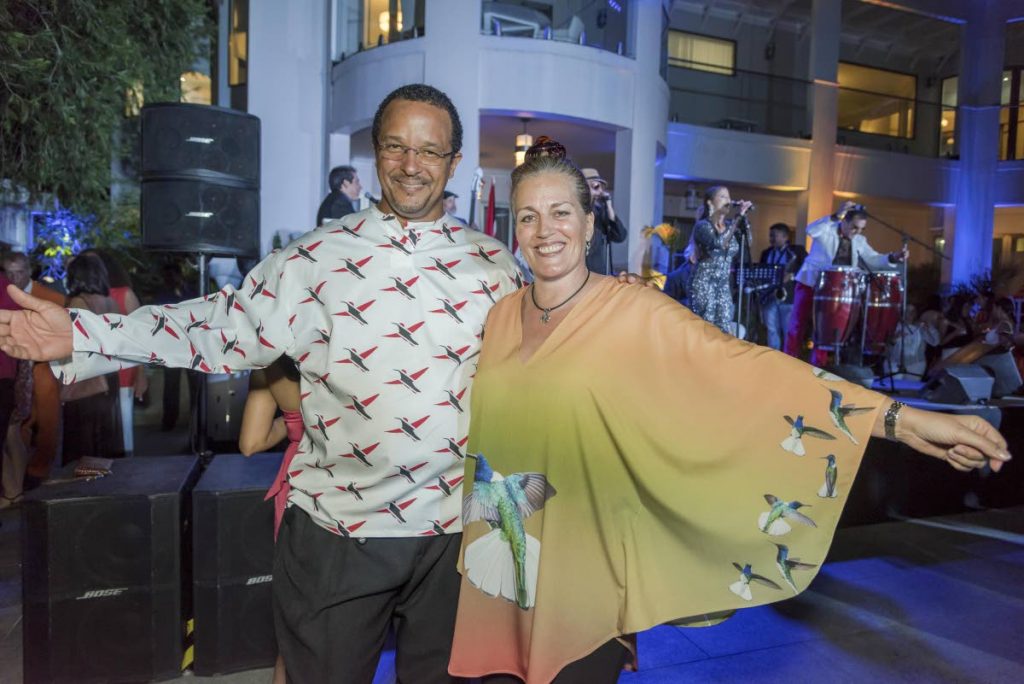 James Solomon, left and Rachel Lee Young show off some of their clothing with their signature designs at Kingdom of Netherlands King's Day celebration at Estate 101, Maraval.[/caption]

Lee Young said she looked at it, thought about it and shared it with a few friends, “and a lot of people were enthusiastic.”

She thought, “People like hummingbirds, and everybody needs tea towels, and it is very easy kind of gift item.”

Solomon recalled, “So the cloth arrived – one yard. But it took six weeks before she would actually put the scissors to the cloth.”

But six months later, even Solomon was sewing, as there was “an explosion” of demand for the product. Thanks to online promotion, in those initial six months they sold 100-200 tea towels. This soon developed into scarves, napkins, placemats, aprons, coffee mugs and a clothing line.

While some people worry about having fabric and nothing to do with it, Lee Young’s worry was not having enough fabric to print her designs on.

“Probably a year or 18 months before I started fabric design, I was getting more into hummingbird photography and I said, 'Okay, let us do some more hummingbird cards,'” she said. 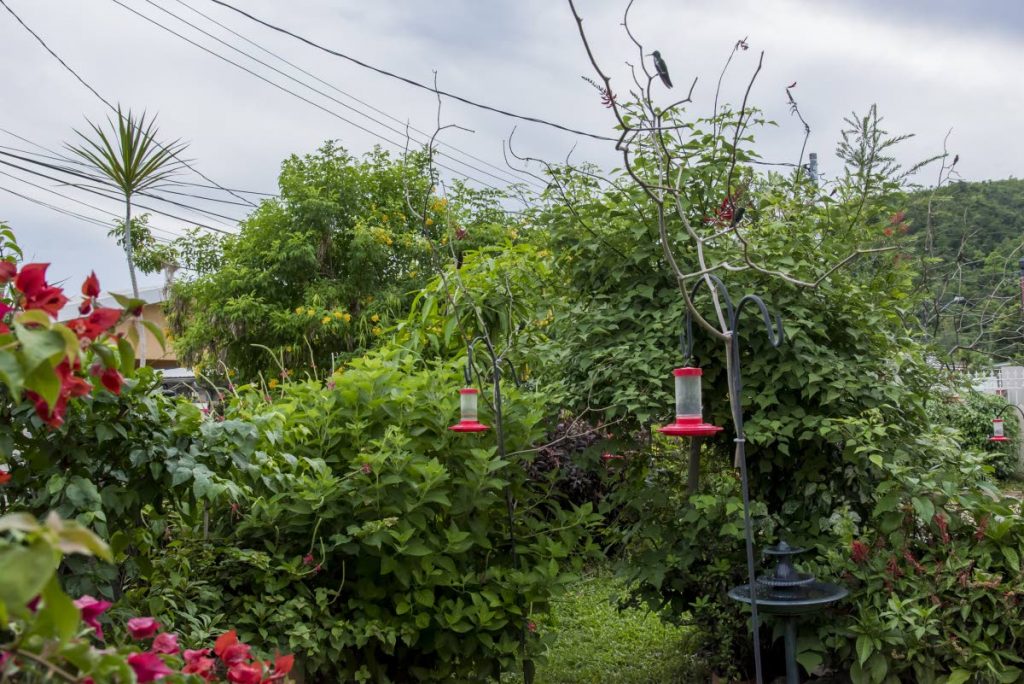 Hummingbird Landing is the name given to Rachel Lee Young and James Solomon's Goodwood Gardens, Diego Martin home garden. The garden was developed to encourage hummingbirds and butterflies to visit.[/caption]

The increase in sales gave Lee Young and Solomon the incentive to do more. The expanding products grew into a whole new Rapso Imaging product line.

“The first new batch of products we did for the big Bits and Pieces (local craft market) sale last year was when we started branding it (the products) as the Land of the Hummingbird,” Lee Young said.

The two had a booth at the recently concluded Carifesta XIV. Among its visitors was the Prime Minister.

They gifted Dr Keith Rowley with one of their products.

Lee Young and Solomon said Rowley stayed a while at their booth talking to them and even asking if they were exporting their products. When Newsday asked, they said, “A little bit so far.” Another visitor was Jamaica’s minister of culture, gender, entertainment and sport, Olivia Grange, who was photographed with their products.

Lee Young was part of the Mentoring with the Masters workshops organised by the Ministry of Community Development, Culture and the Arts, and this led to their participating in a small fashion show at Bead Cafe, Mucurapo Road, St James on August 20, as part of Carifesta.

Lee Young’s and Solomon’s future plans include documenting, photographing and creating products featuring hummingbirds from the various Caribbean countries. They want to get images of hummingbirds in other islands to create island-specific products, as well as creating a Caribbean hummingbird collection. Lee Young said on a trip to Jamaica she has already got pictures of its native Streamertail and the red-billed and black-billed Streamertail hummingbirds.

They also hope to collaborate with local designers to use their prints more widely. They have already collaborated with leather designer Gabrielle Punch of the D Punchline. They’ve also approached other designers such as Anya Ayoung Chee, who, Lee Young said, was not quite ready for her hummingbirds as yet, and Meiling, who expressed interest. They also plan to partner with jewellery designers.

The two are working on Christmas sales and during the July/August period, like last Christmas, they’ve had people coming at least once a day to their home in Goodwood Gardens, Diego Martin to buy products.

They have other outlets at On Location Art Gallery in West Mall; cards and mugs at the Hyatt Regency, Asa Wright Nature Centre and Lodge, the University of the West Indies bookstore, airport shops and Dianne's Tea Shop, Long Circular Road. Their products are also housed at Bambu Gift Store in Tobago, and they're now working on having some at C3 Centre, San Fernando, and on cruise ships. They also have an online store and people who buy their items to give to friends when they travel overseas.

Because they're printed in the US and the cost of production is high, the items are not cheap; "these are premium products," they said. The fabric they use is eco-friendly and organic.

Owing to the growing demand, Lee Young and Solomon have hired students from the University of TT’s fashion and design academy to sew napkins and tea towels for them, generating employment.

“And as demand increases, we have to add more people into the mix,” Lee Young said.

Their many reasons for expanding this aspect of their work include making photography more accessible and more versatile.

“There are so many people who are photographers these days...and it is all very well having all these lovely photographs, but what do you do with them?” Lee Young asked.

Solomon said they have had “an amazing journey and a heck of a lot of support."

They also want to push the notion of "Made in TT" and partner with ministries such as Trade and government agencies such as ExporTT.

Lee Young’s love of hummingbirds naturally extends to their own garden, which is visited by an average of 20 hummingbirds a day. They have about eight varieties in the garden. So they’ve called their home Hummingbird Landing.