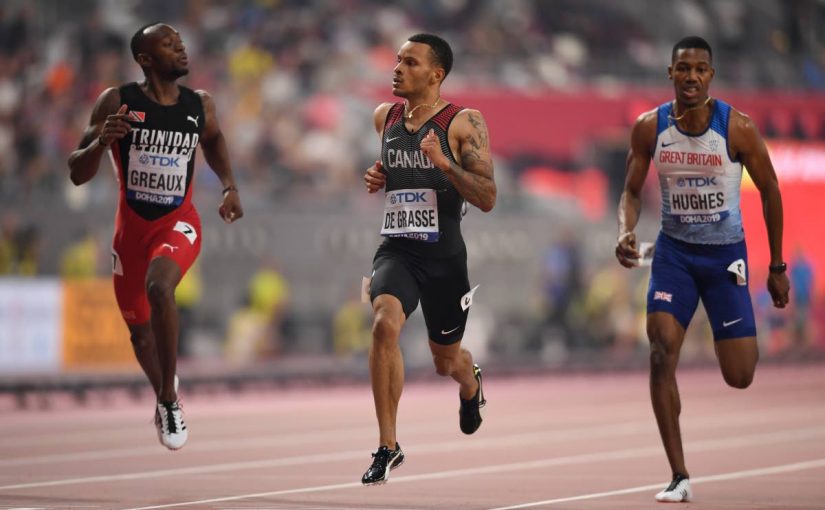 KYLE Greaux has his eyes on gold as he secured his spot in the men's 200-metre final at the IAAF World Championships in Doha, Qatar. Greaux placed second in his semi-final heat this afternoon. Fellow TT athlete Jereem Richards failed to qualify after finishing fourth in heat one in 20.28 seconds.

In a close race in heat three, Greaux clocked a time of 20.24 seconds, with Canada's Andre De Grasse placing first in 20.08 seconds.

He will face athletes from several countries in the final, including US' Noah Lyles and Alex Quinonez of Ecuador.

The post Greaux in 200m final; Jereem misses out appeared first on Trinidad and Tobago Newsday.