Four arrested for attack on woman in Arima 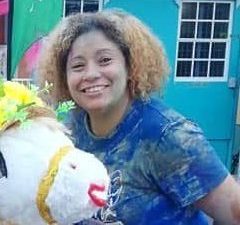 Police said four people have been detained in relation to the attack on the director of the Arima Hispanic Cultural Centre(HCC), Andreina Briceño Brown, at her home on Monday night.

She was shot in the left shoulder during a struggle with bandits.

A police report said around 7.30 pm on Monday, Brown and her husband Valentine returned home to Tumpuna Gardens, Arima, when three men accosted them, one of whom had a gun.

The men stole a gold chain and a cellphone.

They made both victims lie on the ground. During the struggle to remove the chain, the gun went off and Briceño Brown was shot and also suffered a blow to the head.

The three men drove off in a grey vehicle that was waiting for them outside.

Briceño Brown was hospitalised and remains in stable condition.

The event shocked the Latin American community in TT.

Briceño Brown has thanked both Venezuelans and Trinidadians who expressed concern about her health.

The post Four arrested for attack on woman in Arima appeared first on Trinidad and Tobago Newsday.