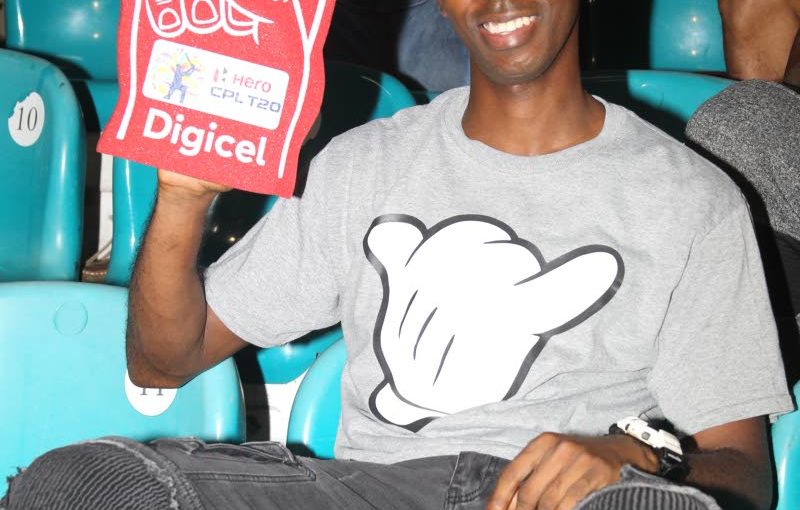 FANS before the start of today's Jamaica Tallawahs-Trinbago Knight Riders match said they were elated with the performance of the Knight Riders in the 2019 Hero Caribbean Premier League (CPL) T20 opener, on Wednesday at the Queen's Park Oval in St Clair.

However, some fans believe Sunil Narine should be pushed lower down the order and give a more recognised batsman the opportunity to open.

Narine has been used as an opener in various T20 leagues around the world including the CPL. Narine was not fruitful as an opener during the 2018 season, but TKR decided to continue with that strategy this year. The left-handed batsman, who is more renowned for his off-spin bowling, fell for duck in TKR's win over St Kitts/Nevis Patriots in the opener.

Asim Francis from St James said, "From what I watched, in terms of when they was batting, opening with Narine (is not the best idea). We need to push him down the order some more because in IPL (Indian Premier League) watching his performances and in other tournaments opening, he is not performing and because of that it puts the team under more strain when he gets out early."

Francis was happy with the effort of the new players such as Kieron Pollard and Jimmy Neesham. "Most of the players are international players, so it is not that they are new to the game."

Also commenting on the use of Narine as an opener was Roy Williams from Point Fortin. He said, "I disagree with it. I believe he should be used later on in the innings. I think they should put a more recognised batsman."

Sharon Garcia from Cunupia agreed with Williams saying, "Put him down the order or take him off the team."

TKR did not have Dwayne Bravo, Darren Bravo, Colin Munro and Ali Khan in the opening match, but Garcia is contented with the starting XI. "It looking good just so with that team right now."

Sharon's husband Richardo said, "You trying something that have not worked a couple seasons. Yes he is in IPL and he did open and he scored a few (runs)...but he has not been performing and if he not performing like I said put him lower down in the order. Keep him as a bowler of course, but as the opening batsman (no). I think we have enough persons in our line up that could actually do that and perform."

The husband and wife team of Robert and Hannah Castillo of Chaguanas thinks Narine should continue opening. "I think so. Sunil is an opener, that is his skill set so I don't see why they should change that, " Hannah said.

Robert said, "Since school days Narine was a prolific scorer of runs as a opening batsman. He has done it in India also so why not. Stick with him, stick with him."

Shortly after talking to the TKR fans some of them got their wish as the team opened with Tion Webster and Lendl Simmons.