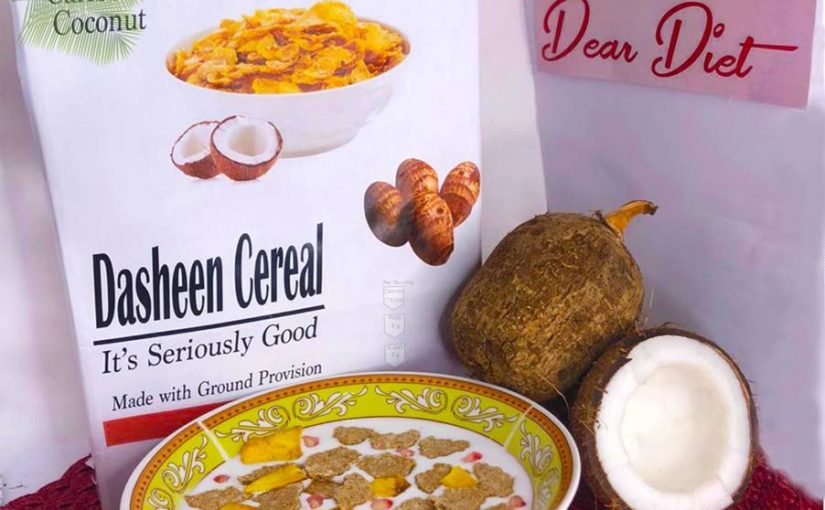 The annual Blue Food Festival in Tobago is one that food lovers in TT try not to miss. It showcases unique dishes made from dasheen and other natural foods that leave the palate salivating for more.

Covid19 restrictions have forced the food festival in Bloody Bay to go virtual this year.

That decision has provided the ideal platform for one product – dasheen cereal – to catch the interest of thousands of people around the region, and even as far as Australia.

The Tobago Festivals Facebook page gave a short introduction to the product made by Dear Diet Enterprises.

Titled "Cereaously Grounded Cereal," the product is said to be "made from local dasheen and packed with flavours like tropical coconut and decadent Trinitario chocolate that awakens your senses and makes you remember the good ole days."

In 48 hours the Facebook post was shared over 1,000 times, with over 100 comments from people inquiring where they can buy a box.

In an interview with Newsday on Sunday, owners of Dear Diet Enterprises Shanice Charles, 28, and Shenee Winchester, 27, said they were overwhelmed by the response, and motivated to get their product on shelves.

Both registered dieticians, they met while studying human nutrition and dietetics at UWI. They later became friends and now business partners.

Winchester, a dietician in the Community Nutrition Department, TRHA, is also doing a master's in public health. Charles is an OJT in food service at the Scarborough Hospital.

Winchester explained how they came up with the idea of making cereal.

They entered a start-up business competition hosted by UWI and the National Entrepreneurship Development Company Ltd and won a cash prize for placing third.

"We still didn't have enough capital, so we decided to venture out (into other areas). There were a lot of new delivery services popping up, so we wanted to separate ourselves from the market, so we were brainstorming and bouncing ideas off each other and we came up with this breakfast cereal." 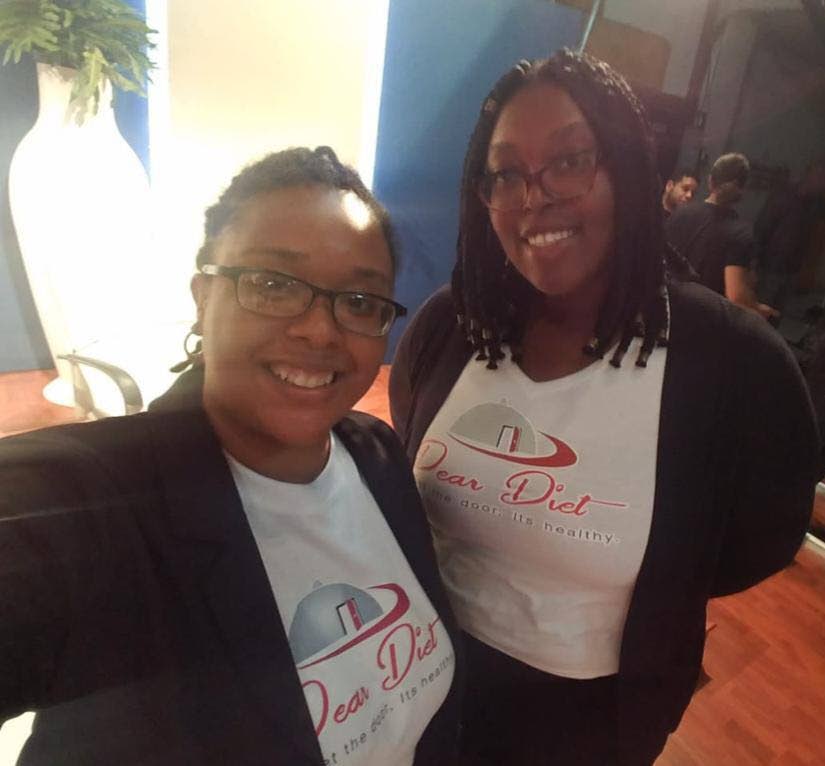 Charles said family and friends have been used as taste-testers for the past three years to perfect the cereal. There is expected to be a soft launch for the product on Friday in Tobago and a similar launch next week in Trinidad.

Charles said, "The recipe testing has been going on for three years to get it to the right consistency and texture and flavour."

She said they felt heartened and on the right track after seeing Trade and Industry Minister Paula Gopee-Scoon calling for the consumption of more local foods and bemoaning the $1 billion import bill for cereal.

Charles said, "We saw it come up on Twitter and said, 'Yuh see? Look at that.'"

The entrepreneurs from Canaan said they almost did not enter their product for the Blue Food Festival, as they saw it advertised just a week before the deadline. The rest is history.

"We didn't expect this type of feedback. We are really shocked," Charles said. "We were really hesitant to do it because we didn't know if persons would be open to an alternative starch as a breakfast cereal. Dasheen is considered a savoury dish; to make it to a breakfast cereal, we were a little hesitant. (But) it's almost 1,000 shares on Facebook and we've been getting messages and e-mails since Friday about this product.

"Today we got a message from somebody from Tobago but they live in Australia, and they want to get the product out there."

Winchester said they did not intend the product to be international or even national.

"We knew people would have been excited. but going into it we didn't know it would have this reach. Dasheen is a local food. so we were just focusing on Tobagonians. So far it reach, it's been shocking and encouraging."

She is eternally thankful for the platform provided by the Blue Food Festival.

"I'm extremely grateful, especially how it's virtual this year. The Blue Food (Festival) is open for villagers in Bloody Bay, but with this covid19 it turned out to be a blessing in disguise. It was posted on Facebook for everyone to see."