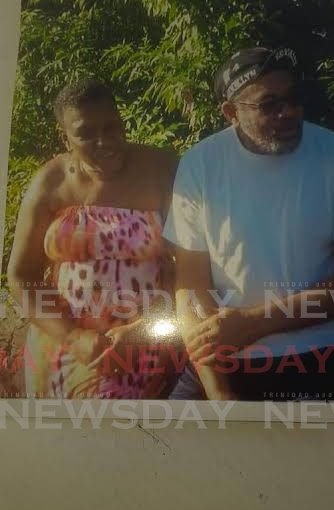 A RETIRED couple has been forced to separate from each other for the first time in 37 years for fear of losing everything they built together.

TT national Keith Kennedy is currently at home after being granted an exemption to return and staying two weeks in paid quarantine after leaving Barbados. His wife, Glendora Kennedy, a Barbadian, remains there after being told she could not join him in travelling to Trinidad. Both are 62 and have health complications.

"It's very difficult for us to live apart," the husband pleaded, speaking with Newsday.

"She takes care of everything in the house. I'm having a nervous breakdown without her around.

"I'm functioning but just by the grace of God."

With plans to start a new life together in Trinidad, they also packed a 40-ft container with all their belongings to furnish a house, which they bought two years prior.

"We were getting ready to spend our retirement in Trinidad. I did not plan to be a burden on the country," his wife said.

She explained why they took the route they did.

"We had no idea when we would be able to leave New York. Not only that but the covid numbers were getting so high."

"We were advised to go to Barbados, which wasn't a problem. We put our names on the list and I think it was a two-week process.

Apart from the situation in New York, the proximity and relationship between the two countries, were among the factors for their travelling to Barbados, where they arrived on July 4.

The wife said they were in Barbados when they were told, verbally, that they were approved.

"But then they called and said they would allow him to go but not me. He went off," she said. "He went berserk and I tried to take the phone from him because I realised that wasn't helping the situation.

Her husband said the only reason he left her for Trinidad is to ensure the safety of all their belongings and the house they spent all their money on.

Keith was eventually allowed to return to TT but not his wife. He spent US$2,000 for a private flight – the only option available to get home.

But that was just the tip of the iceberg in terms of expending their life savings, both told Newsday. They have spent tens of thousands for accommodation, although they have a home in Trinidad.

Their container, filled with practically everything they own apart from their car, has been sitting at the docks in Port of Spain for months. That expense is causing them further financial distress.

They are both past the point of desperation, they said.

Keith said his wife did practically everything for him, including the preparation of all his meals, given that he has a special vegetarian diet.

She, too, said that their separation was becoming too difficult in terms of money and obvious mental toll.

She said she devoted much of her time and resources in Trinidad, and given her intention to continue doing so, the situation was particularly disheartening.

"We've always lived together and done everything together, what exactly is the point of separating us now? If I was a risk, he would have been just as much a risk."

In spite of the uncertainty, she said her husband is adamant that she live with him in TT.

She applied for residency in TT but was told to resubmit the documents because one of her husband's names were in the incorrect order. That was just before the last time he left TT in February.