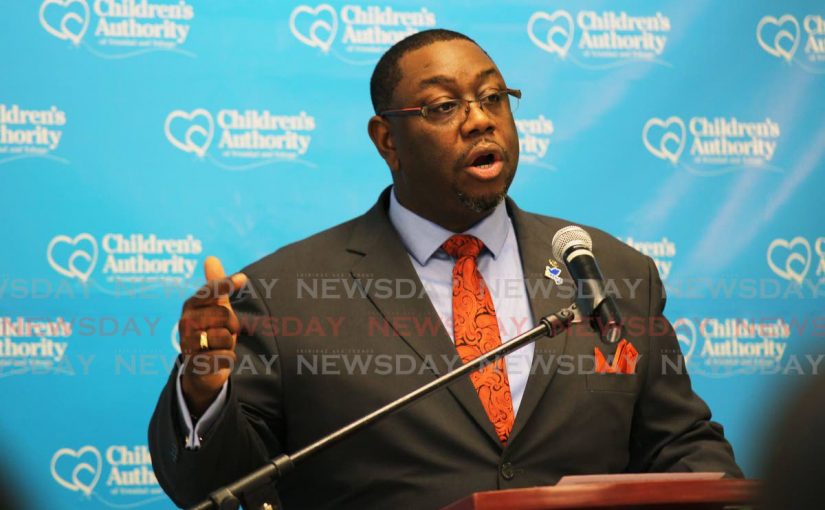 CLINICAL Therapist, Traumatologist and president and CEO of the Centre for Human Development Ltd, Hanif Benjamin appealed to the public to not be quick to judge the parents of a baby girl who was found abandoned in bushes in Freeport on Thursday morning.

In a conversation with Newsday, Benjamin said the circumstances which led to the child being found in the bushes were not known, but the fact that the child was abandoned proved that more needs to be done by non-governmental organisations, faith-based organisations and community-based organisations to ensure that parents know that they have options.

“I am asking TT to be understanding before we condemn anyone,” Benjamin said. “We have to first seek to understand the circumstances. For a mother to abandon a child has to be painful. I can’t imagine it. It is easy to get angry and wonder how a parent could do this but we must also be balanced and consider that this could have been a dire situation.

“We are living in unprecedented times. We saw a lockdown in March, and people were hopeful that the measures would be short-lived, but it has continued for nine months or so.

"The reality is not every home is a happy home. While school is in session it may not be for all. We have parents with five children but two computers. We are taking an in-person school system and trying to fit it in an online module. The system is overburdened and overworked.

"People are going through a hard time and the state agencies have to step it up. I know we are doing a lot but we need to do more, because people need more.”

Benjamin said, in his private practice, he is seeing more people coming in for assistance with their children. He questioned whether or not, with International Children’s Day being on Friday, if the rights of the child are really being respected.

“Somehow children seem to always get the end of the stick that is not clean,” Benjamin said. “Even as we speak, there are children in this country being abused.”

Benjamin, while being thankful that the child was found alive and is in good health, noted that it was not the first time a child had been abandoned.

In August, police had to break down the door of an El Dorado house to rescue an eight-year-old boy and his six-year-old sister who were believed to be abandoned.

In March 2018 a boy, no more than three-years-old at the time, was found abandoned in a cardboard box in an unoccupied house opposite Dollar Value Supermarket in Chaguanas. The boy was eventually reunited with his father who lived in Guyana.

The courts also throw the book at parents who abandon their children. The Children’s Act states that a person who wilfully assaults, ill-treats, neglects, abandons or exposes the child or causes or procures the child to be assaulted, ill-treated, neglected, abandoned or exposed in a manner likely to cause that child suffering or injury to his physical, mental or emotional health, is liable on summary conviction, to a fine of $5,000 and to imprisonment for six years or on conviction on indictment, to a fine of $50,000 and to imprisonment for ten years.

Benjamin called for leniency to encourage desperate parents to come forward to official bodies with their children.

“We must consider whether laws are there to protect a person if they want to leave a child in a place of safety.”

At 10.45 Freeport police got a report which led them to Beaucarro Junction, Freeport where they discovered a weeks-old baby girl abandoned in bushes.

The toddler was taken to hospital. There were no physical injuries, according to reports, however the child was dehydrated. She is now in the care of doctors, and police officers are said to be checking in on her periodically.

The post Clinical therapist on abandoned baby's parents: Don’t be quick to judge appeared first on Trinidad and Tobago Newsday.