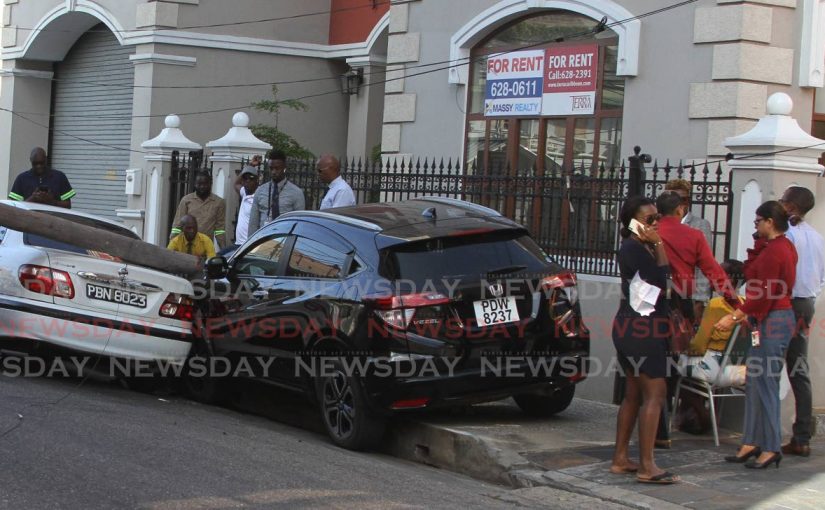 A car accident outside Newsday's office at Pembroke Street, Port of Spain, toppled a telephone pole on Thursday.

At around 2.50 pm a woman parked her Hyundai Vezel along Pembroke Street, near Templar Court.

A wrecker tried to take away the car, but she came out in time to stop them.

As she drove off, her foot got stuck on the pedal and she drove along the pavement and knocked down the pole. Another car was damaged when the pole fell. 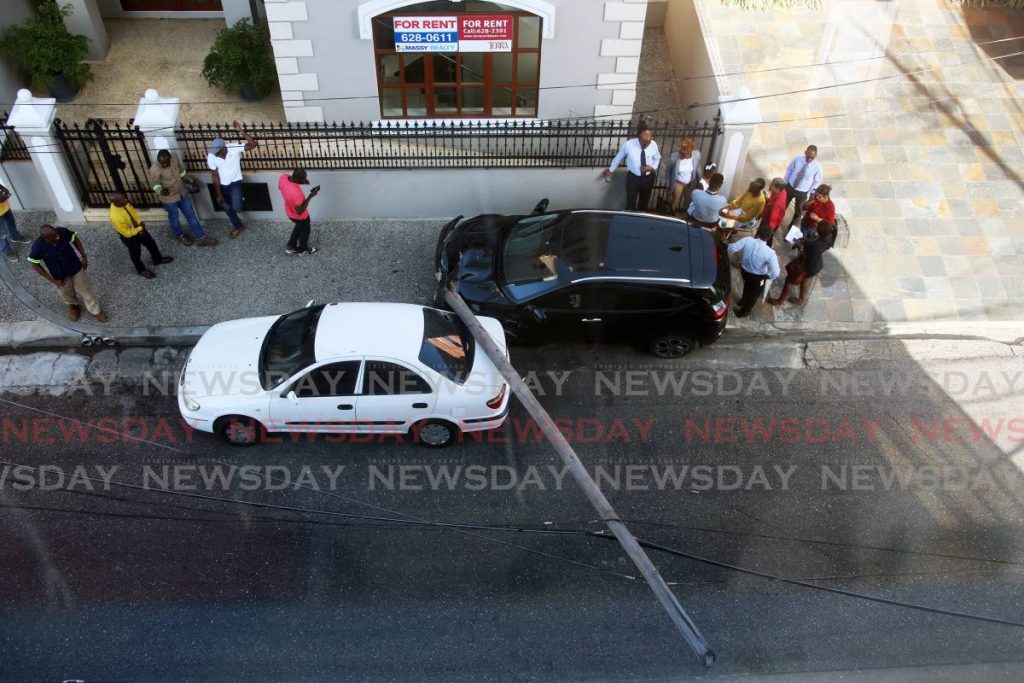 An overhead view of the accident on Pembroke Street, Port of Spain where a woman crashed into a utility pole on Thursday. PHOTO BY SUREASH CHOLAI -[/caption]

Workers from nearby office buildings came out to help the woman, who was still in the car.

She was taken by ambulance to the Port of Spain General Hospital.

Technicians from the Telecommunications Services of TT (TSTT) were called in and replaced the pole.

The post Car crashes into pole outside Newsday office appeared first on Trinidad and Tobago Newsday.