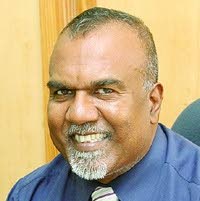 REPORTS IN the media indicate that Caribbean Airlines Ltd (CAL) is about to furlough approximately 600 employees and institute salary cuts as part of its cost-reduction measures to mitigate the financial impact of the covid19 pandemic on the airline’s financial performance.

Airlines all over the world are implementing cost-cutting measures due to the drastic decline in passenger traffic because of covid19 containment protocols such as the closing of borders. These measures included layoffs, furloughs, salary cuts and a few airlines have filed for bankruptcy. Some airlines received cash bailouts from governments. The reliefs could not be sustained due to falling government tax revenues due to the closure of businesses and consequent unemployment. Governments had to reprioritise expenditure, particularly in the state sector.

At an International Air Transport Association (IATA) media briefing on September 29, Alexandre de Juniac, the director general and CEO of IATA, in describing the industry outlook, stated that “this is not the time for governments to walk away. The industry is grateful to those governments that have already provided support, but new job-saving measures are needed – including financial measures that do not add to overstressed balance sheets.”

The Government as majority shareholder of CAL, and by extension taxpayers, provided financial bailouts to keep the airline airborne during the first wave of the pandemic. In May, the Government provided a guarantee for CAL to secure a US$65.5 million loan to meet its operating expenses, mainly personnel costs, lease payments and debt servicing.

According to the Minister of Finance, the fiscal deficit for 2020 is estimated to be at $16.8 billion. With the revenue shortfall, it is expected that Government’s priority would be mandatory expenditure.

Therefore, CAL at this time with its very small revenues was required to institute measures to keep operating expenses at an absolute minimum while at the same time ensuring the highest levels of safety in its operations. This perhaps justifies the furlough of non-essential employees, pilots, and flight attendants.

However, the big question is whether there is an equitable sharing of the burdens caused by the covid19 pandemic by all the shareholders and stakeholders of CAL? The Government of Jamaica has a 16 per cent shareholding in CAL and has one director on the board. At the time of issue in 2011, the 16 per cent shareholding was valued at US$28.5 million. It was a non-cash transaction because CAL agreed to operate specified supposedly profitable routes between Jamaica and North America on behalf of the government of Jamaica. Instead of making a profit on these routes during the first two years of operations, CAL lost millions of US dollars.

The TT regulations are the only aviation regulations in Caricom that fully comply with the revised Treaty of Chaguaramas as they relate to air transportation. Under the regulations, any Caricom citizen can obtain a TT Air Operators Certificate and establish a TT-based airline and put an aircraft on the TT civil register.

TT taxpayers have always supported CAL and its predecessor BWIA. Therefore, during any furlough at CAL, the jobs of pilots and flight attendants who are TT citizens must be protected over that of foreigners.

Ramesh Lutchmedial is a retired director general of civil aviation