Businessmen willing to help save PoS 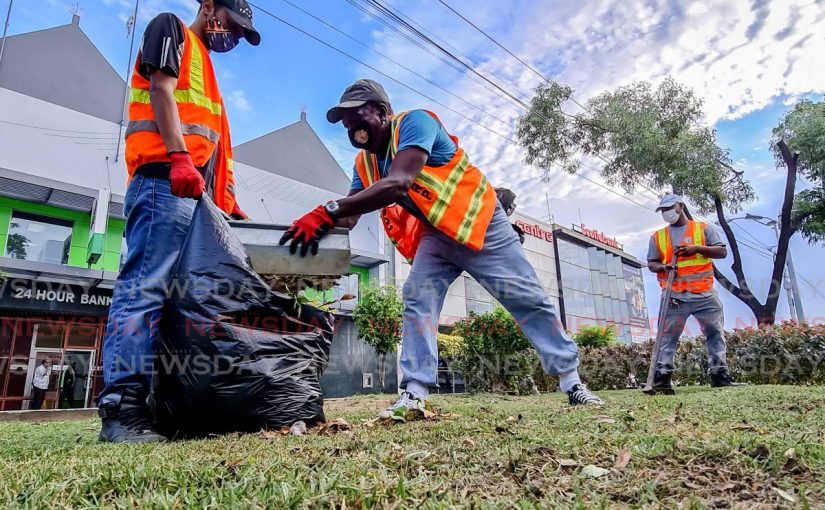 The board of the TT Chamber of Industry and Commerce will hold a meeting before the month ends in response to Government’s call for the private sector to become financially involved in plans for Port of Spain’s revitalisation.

The chamber’s CEO Gabriel Faria told Newsday on Tuesday that it reached out to some of its members but, while some were very interested, others wanted to wait until things settled down from the covid19 pandemic.

On Monday, the Prime Minister announced that the capital’s revitalisation was an important part of the Government’s thrust to drive national growth. He called on the sector – with some $14 billion in capital – to be a part of the process.

Faria said, based on the feedback it received from its members, the board decided it would meet with some of its key stakeholders before the month ends to determine how it will engage the Government going forward.

He added that the chamber was supportive of any projects that will help the economy while following the proper protocols and procedures of transparency and procurement.

The Government’s proposed plans have drawn responses from many, among them chartered surveyor and managing director of Raymond and Pierre Ltd, Afra Raymond.

In e-mailed responses to Newsday, Raymond said the city’s revitalisation had not happened as yet because the “propertied interests have not wanted to have their rights limited by the hand of the State” and it is always a contested arena since so many of TT’s political class was heavily-invested in property.

Critical issues in the city like drainage, street dwelling, pedestrianisation and basic public facilities like toilets and water could only be addressed with “a real sense of sacrifice and compromise.”

Raymond said the public-private partnership (PPP) model currently in use in the country would require that investors receive a minimum rate of return and TT has not done well as a country in that approach.

Raymond, however, did not see the revitalisation happening soon especially at “this time of unprecedented stresses.” He said none of the proposed six projects were new and were proposed at far more prosperous and stable periods.

Dr Rowley said prior to this new plan put forward by NLBA architects, there were 16 other plans between 1968-2015.

Raymond added he was surprised that Invaders Bay – the 70-acre site south of Movie Towne was not among the Government’s focus areas. He said, “The largest development site in the capital city in living memory and the Government launches a Redeveloping The Capital initiative which is silent on that...so where is Invaders’ Bay in those proposals?”

Addressing the issue of depopulation raised by Rowley as one of the challenges caused by the city’s decay, Raymond said while it was raised it was not explicitly addressed in the proposals. He said in 1960, the population of Port of Spain was 94,000 and according to the 2011 census it was 37,000. He said TT was probably the only capital city in the world in which the population had so drastically declined.

Raymond said it was important to understand how the capital became depopulated and create opportunities for truly affordable new homes, mostly for rent with few for sale for less than $500,000 so that the city can be re-inhabited and acquire new life.

University of the West Indies’ (UWI) co-ordinator of its graduate programme in urban and regional planning Asad Mohammed welcomes and supports the Government’s revitalisation plans and is happy it has got Rowley’s attention. He said, however, if there was change in consultation it was not evident in the presented material. He added that the Government said in its presentation that a consultation was held in September last year and then, based on that consultation, the plan was revised and accepted in February. Mohammed said he made detailed and substantial comments at that consultation.

“It seems to me that it looks very much like the proposals with which there was some concern in the consultation.” He added he was not the only one with concerns then.

He added he really hopes there is further consultation.

He said the meaning of revitalisation was more than a few building projects. He asked what were the policies for Woodbrook and East Port of Spain and the economic activities that the plan would try to stimulate.

The post Businessmen willing to help save PoS appeared first on Trinidad and Tobago Newsday.