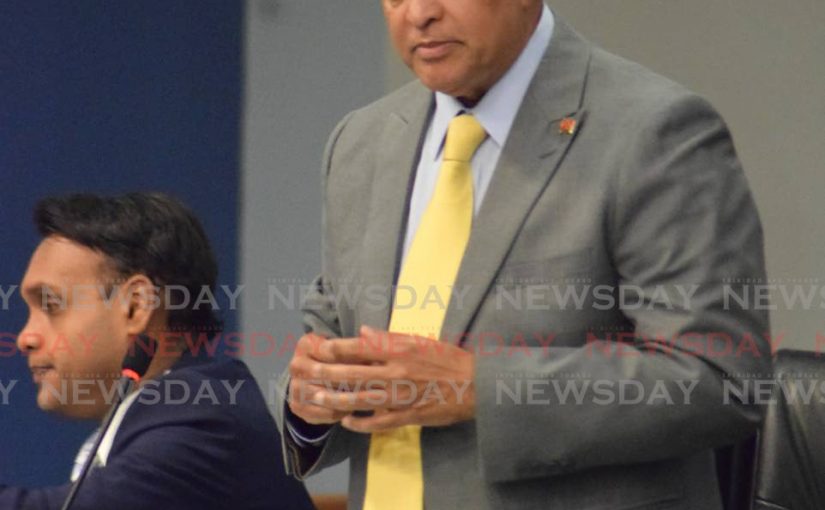 FYZABAD MP Dr Lackram Bodoe alleged that it is taking too long for patients to get the results of their diagnostic tests for covid19, addressing the budget debate in the House of Representatives on Friday. “A major concern is the length of time it is taking for the test results.”

Bodoe alleged the Government had taken too long to approve private medical labs to do the covid19 tests, which were initially done by the Caribbean Public Health Agency (Carpha.)

He said covid19 would be with us for a while so it is crucial to consider how the country goes forward. Bodoe hailed TT’s front line workers against covid19 - medical, police, customs and immigration staff - plus citizens who are taking proper precautions against contracting the virus.

Saying Health Minister Terrence Deyalsingh had spelt out how costly human immunoglobin was to buy, Bodoe said this was not recognised to treat covid19.

He asked the cost of the blood plasma-based substance which was bought for TT's hospitals and what procurement process used.

Bodoe said the Ministry of Health had been able to respond quickly to covid19 because of investments in health sector facilities by the former People’s Partnership (PP) government.

Hailing the PP’s for a major refurbishment of the Augustus Long Hospital in 2013, he said he was glad it was now being used to treat covid19 patients, rather than being abandoned with the mothballing of the Pointe-a-Pierre refinery.

He said in 2014 it was the PP government which had upgraded the Caura Hospital, now being used for covid19 patients.

In 2015, he said, the PP government had commissioned the Caura Hospital, which remained unused for several years, but within just weeks recently became operational against covid19.

Bodoe said health care was a continuum upon which successive governments should build on the platform left for them by their predecessors.

He alleged the main health system was falling apart, despite the budget’s health allocation grew from $5 billion to $5.1 billion to $5.5 billion over the past three budgets. Complaints included drug shortages and long waiting times for appointments and treatment, problems he said existed long before the covid19 outbreak.

Bodoe said from Saturday at San Fernando General Hospital, renal patients will have to seek care privately. He said this was not a funding issue but an operational issue.

He suggested a reduction in the number of regional health authorities but without retrenchment.

Saying MRI and CT scans were now as routine as blood tests, Bodoe suggested, “We should look at stand-alone diagnostic centres. We don’t need too many. One in the north and one in the south.”