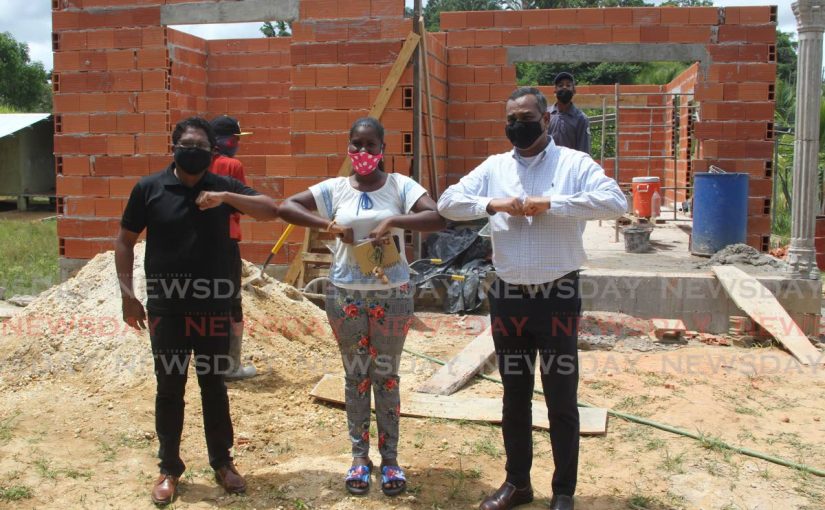 On the day of a 38-year-old Penal woman's funeral in January, relatives ordered her three children, including a 12-year-old, out of the house where they had lived since birth.

But now corporate sponsors Angostura and the Coosal’s Group have partnered to donate materials to build a house at Wilson Trace for the Boodram siblings – standard five pupil Ravi and his sisters Meera, 18, and Raveena, 20. 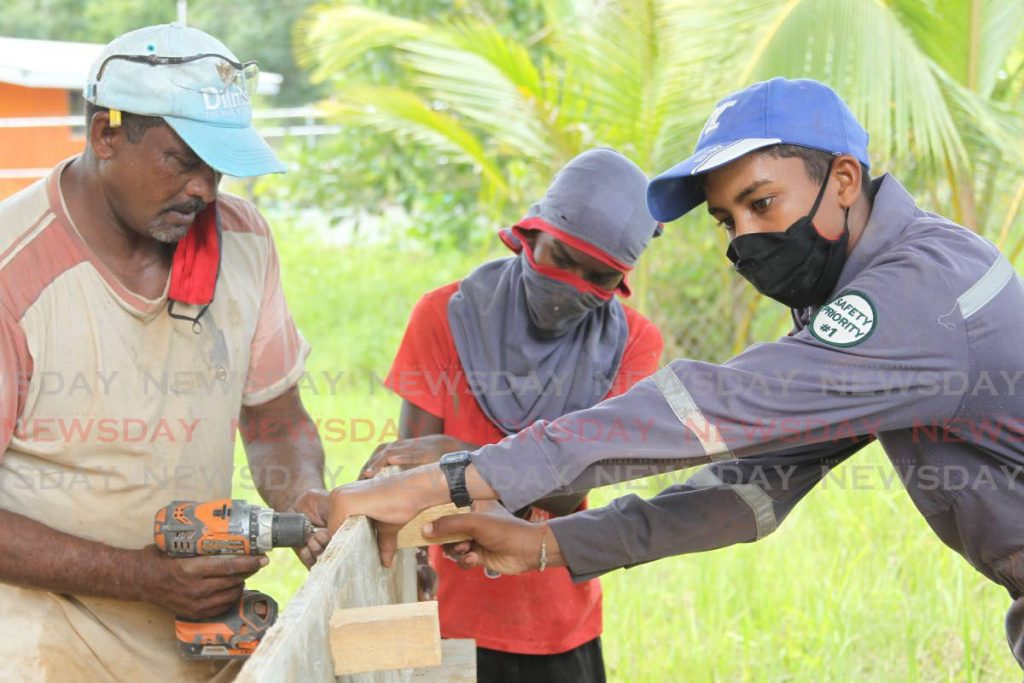 Builder, Brandon Peterson and his son Damien, assisted by one of the recipients of the house, Ravi Boodram, 12 at work during the construction phase of a home for the needy Boodram family at Wilson Road, Penal. Angostura and Coosal's Group have decided to help the Boodram family in completing the home. - Lincoln Holder[/caption]

On Tuesday, officials, including executive manager of corporate services at Angostura, Rahim Mohammed, and Coosal’s general manager (operations) Glenn Mahabirsingh, visited the site to assess the family’s needs and drop off materials.

"From the Angostura perspective, we are celebrating the strength of these people," Mohammed said.

He said as part of Angostura’s corporate social responsibility efforts, it has also given out hand sanitisers, and employees donated $1 million from their paid vacation entitlements to assist families affected by the pandemic.

Since the company stepped in to help, it has received many calls from other corporate entities pledging their support. 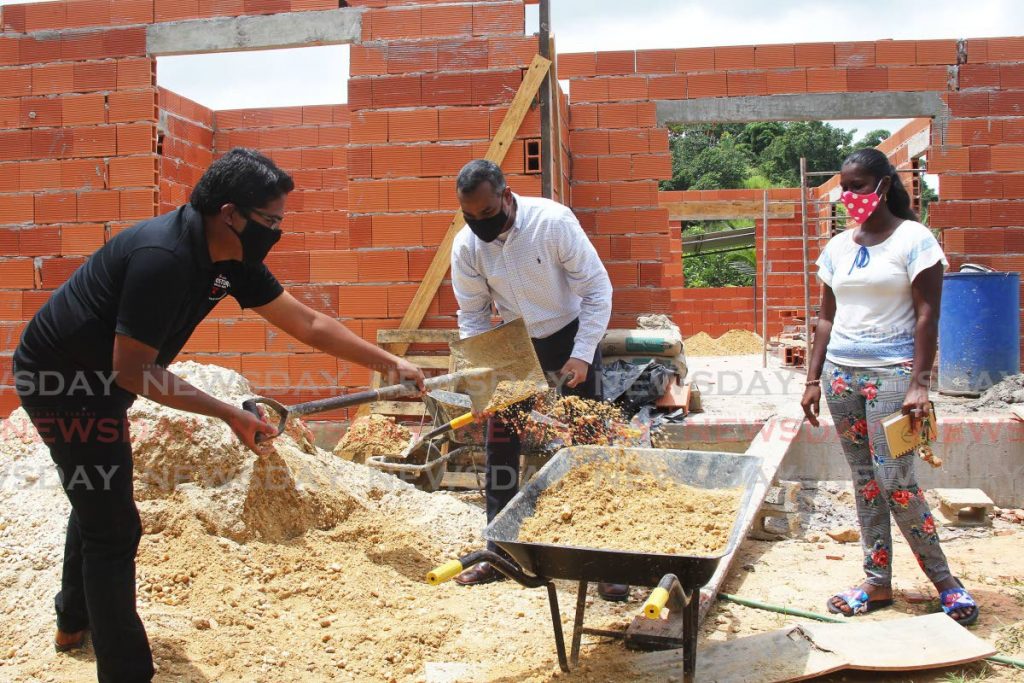 (left) Rahim Mohammed, executive manager corporate services at Angostura, Glen Mahabirsingh, general manager operations at Coosal's fill a wheelbarrow with gravel as they constribute to the construction of a home for the Boodram family at Wilson Road, Penal. A grateful Meera Boodram looks on. - Lincoln Holder[/caption]

"We are very proud to see what they have done on their own." But, Mohammd said, I think everybody needs some level of support.

"Regarding furniture, we will see what we can do in terms of rallying other sponsors to come as well from our own pool.

"We are also providing technical guidance from our engineers. We will do as best as we can to ensure they move in as early as possible."

He also promised to help the family with electronic devices to help with schoolwork.

Mahabirsingh Coosal said the group was happy to partner with Angostura.

"Housing is a critical need and the company is pleased to provide housing materials to make the dreams a reality for the family."

The materials include roofing, electrical, doors and windows.

Overjoyed by the kind gesture, Meera said: "We are happy and excited. I am astonished by all the help." 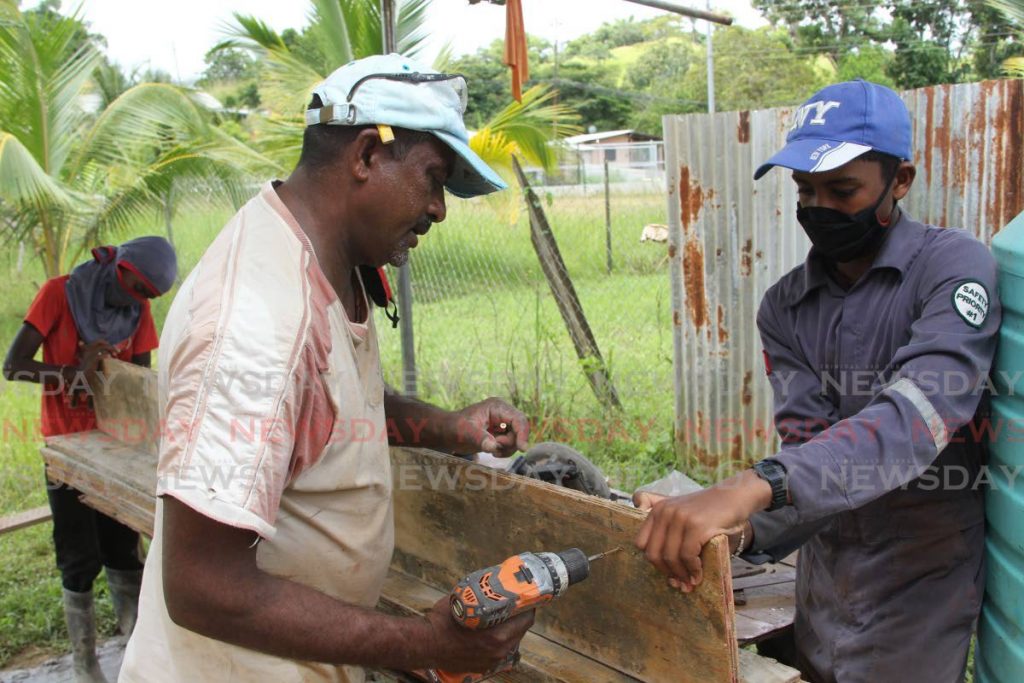 Builder, Brandon Peterson and his son Damien busy at work during the construction phase of a home for a needy Boodram family at Wilson road, penal. Angostura and Coosal's have decided to help the Boodram family in completing the home. - Lincoln Holder[/caption]

She said on December 4, her father, Looknath, 48, died after a stroke. On January 6, her mother, Seeta, died from an immune-system disease. At her funeral, a male relative evicted them, and they lost everything from the house.

Their grandmother (Seeta’s mother) Sheila Baal welcomed them at her home.

"Granny gave us a shelter for as long as we wanted," Meera said. But, she added, "Even though we were comfortable at her home, we wanted to be ourselves and be proud to say we have something of our own."

Although they struggled to make both ends meet, the two sisters and brother began building their own house near their grandmother’s. Unable to pay for manual help, they joined in mixing cement. Someone saw their determination and first highlighted it on Facebook. Volunteers donated some materials, butnot enough to finish the three-bedroom house.

Touched by their ambition, given the unfortunate circumstances, a builder from the area, Brandon Peterson, with help from his son Damien, 16, has been doing building work for them free of charge. 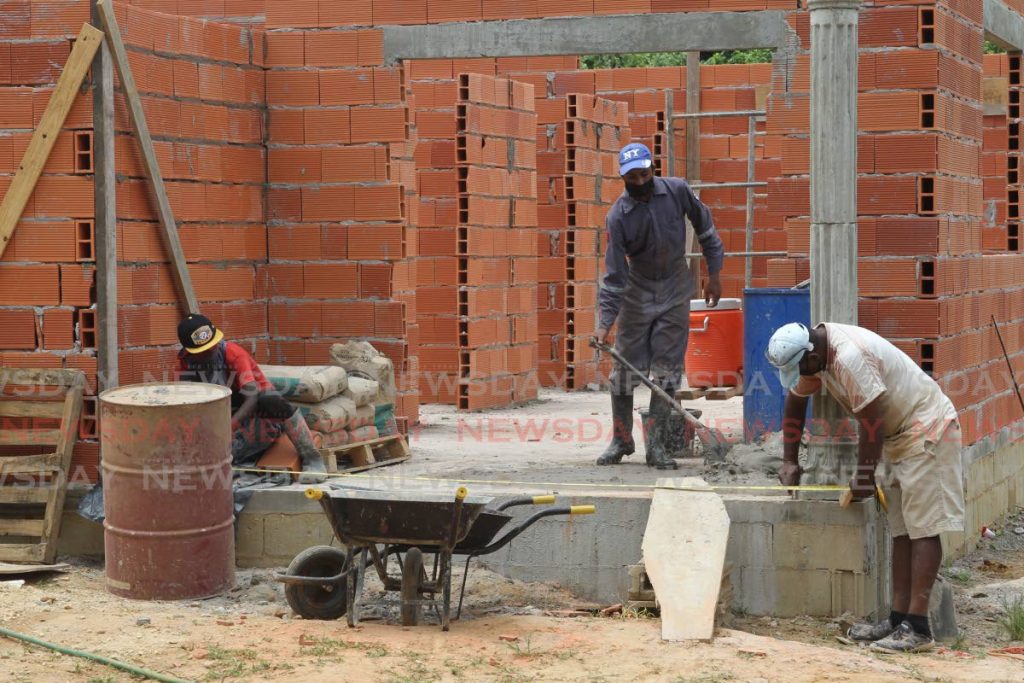 Builder, Brandon Peterson and his son Damien, assisted by one of the recipients of the house Ravi Boodram, 12 at work during the construction phase of a home for the needy Boodram family along Wilson road, penal. Angostura and Coosal's have decided to help the Boodram family in completing the home. - Lincoln Holder[/caption]

Meanwhile, Meera said, "We do not have a computer, so my brother cannot do the online schoolwork. The school has a group chat, and the teacher sends the work. I am teaching him as best as I can.

"Our mother was a soft-hearted person. She would have been pleased to see we build our own home."

The sisters are unemployed, but Meera previously worked temporarily at a private hospital after doing a nursing assistant course.