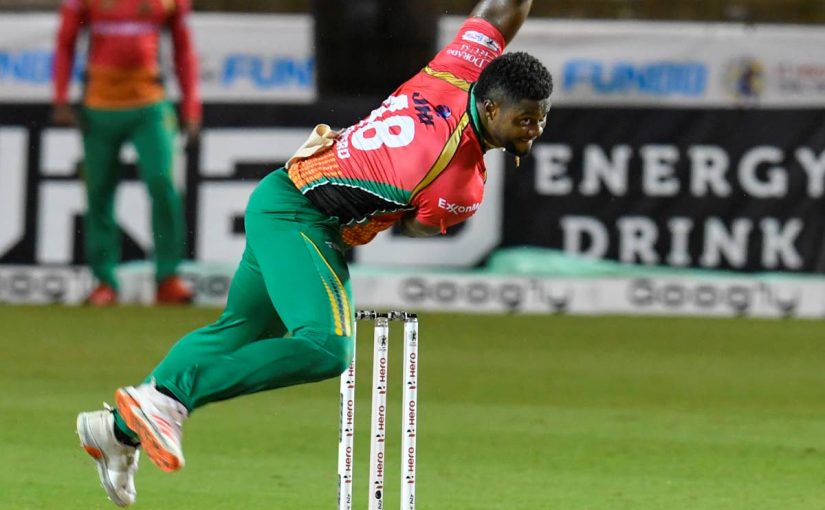 A NEW Hero Caribbean Premier League (CPL) T20 champion will be crowned at the 2020 edition as defending champions Barbados Tridents did not advance to the playoff round courtesy a six-wicket defeat to the Guyana Amazon Warriors on Thursday.

At the Brian Lara Cricket Academy in Tarouba, the Amazon Warriors comfortably overhauled the Tridents' low score of 89/9 by posting 90/4 in 14.2 overs.

This result for the Jason Holder-led squad (four points) was their seventh loss of nine matches and saw them become the second team to miss out playoff qualification.

Right-handed batsman Justin Greaves also had a fine start by hitting off-spinner Kevin Sinclair up and over backward point for four.

However, fast-medium pacer Romario Shepherd's introduction to the bowling paid swift dividends. Charles welcomed the pacer with a four through square leg before going out caught courtesy a brilliant diving catch from Ross Taylor.

Incoming batsman Rashid Khan was dismissed with the very next ball as he skied to deep mid-wicket into the hands of Brandon King (14/2).

Shepherd was unable to secure his hat-trick but the injection of pacer Naveen ul Haq and leg-spinner Imran Tahir tightened the grip on the Tridents' batsmen.

Nyeem Young (18) hit a rare six over extra cover agianst Green in the 14th over while Mitchell Santner (18) latched on to a short ball from Shepherd to score four more.

Santner, however, was bowled by Sinclair while Tahir's googly also lit up Young's stumps (78/8) with just 14 balls remaining.

In response, Guyana Amazon Warriors made it four wins on the trot led by an unbeaten knock of 32 from Shimron Hetmyer and 29 from fellow left-hander Chandrapaul Hemraj.

Opening batsman Brandon King, however, was unable to get off the mark as he was cleaned bowled by left-arm spinner Santner off the second ball.

Hetmyer's entrance to the crease saw him team up Hemraj to build a good 34-run partnership. Hemraj smashed three fours and a six before he was dismissed by tumbling catch from Young (35/2) at third man.

Sherfane Rutherford (one) did not last, caught at slip by Nurse off Holder.

But an unbeaten 40-run partnership from Hetmyer and Ross Taylor would take the Guyana Amazon Warriors over the line, and securing a place in the playoff round.