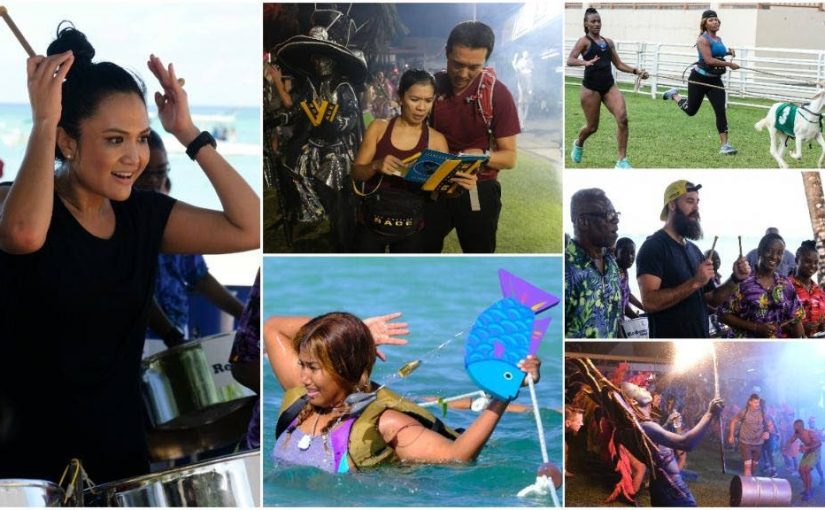 Chief Secretary of the Tobago House of Assembly Ancil Dennis said the popular American adventure, reality game show The Amazing Race, which featured several aspects of TT culture and sites, has boosted the spirits and pride of all Tobagonians.

The 40-minute Season 32 episode, filmed in TT in 2018 and featured on CBS on Wednesday, gave viewers a taste of Carnival in Trinidad in the first ten minutes and ended with goat racing in Tobago. The episode also highlighted Exodus Steel Orchestra, Pigeon Point Heritage Park and jetty, the Buccoo Recreational Facility and the Nylon Pool.

The Amazing Race is a game show in which teams of two compete against each other around the world. The teams must work out clues, travel to foreign areas, interact with locals and must complete physical and mental challenges. The teams utilise various transport options in completing the challenges. The goal is to avoid elimination throughout the competition, as the teams battle for the first prize of US$1 million.

Dennis, who is also responsible for tourism on the island, said, "I was reminded of how remarkable and blessed Tobago was while watching the premiere of Season 32 of the Emmy Award-winning reality show.

"I was indeed heartened that the majority of the episode was filmed in Destination Tobago. Many aspects of our innate and natural beauty were displayed last night: our warmth, friendliness and of course some of our most renowned sites and attractions.

"Additionally, I was reliably informed that during the airing of the episode over 100,000 hits were recorded of persons all over the world searching for information on the island of Tobago – Pigeon Point, Tobago resorts, Buccoo Reef, amongst others. This means that the show has piqued the interest of potentially new visitors in Destination Tobago and hopefully evoked some nostalgia in those who would have visited before."

The episode started off in Trinidad where the teams had to push pans along the road for a few minutes before arriving at Exodus panyard in St Augustine. The teams got the opportunity to hear pan music and get a taste of Carnival, as many costumes were on display.

They then jumped on a Caribbean Airlines flight to Tobago, where they had to complete challenges at the Nylon Pool, Pigeon Point and at the Buccoo Integrated Facility.

One member of each team had to play a few lines of Harry Belafonte’s Banana Boat Song (Day O) on pan. Competitors were given a very short piece of melody to learn, memorise and play in time with the band to move to the next obstacle course. This part of the race was described as the most challenging task by the teams, probably because "some of them have never seen or touched a pan before," band manager Winston Gordon told Newsday on Thursday.

On the band being chosen for the show, he said, "This feature on an international platform has a significant benefit, not for the band particularly, but for the steelband fraternity. It took us to the world. The tune played by the teams is a version of a TT piece of music."

The teams then headed off to Buccoo for goat racing. A rope was tied to the goats and each team member tried to keep up with the goat as they sprinted out of the starting gate. The teams had to run approximately 40 metres with the goats.

Some people failed to run the same speed as the goats and fell to the ground, while the teams with an athletic background had no problems. The last team that arrived in Buccoo to complete the goat race was eliminated.

Dennis said considering the effects of the global pandemic on all sectors of the economy, the episode was "quite timely."

He is hopeful that this feature of the beauty of the island will lead to an increase in international arrivals when travel restrictions are lifted.