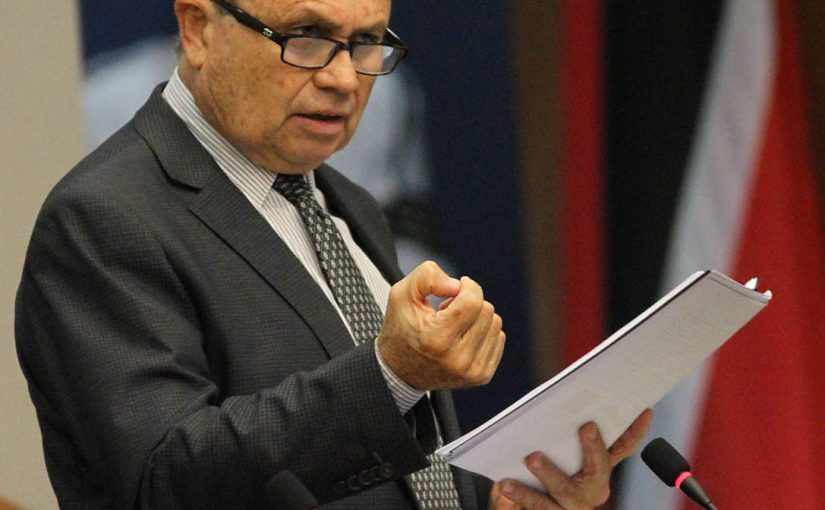 Desmond Alfred, former executive director, finance and administration, Caricom Secretariat, believes the major challenge confronting Tobago in the 2020 budget is not just the lack of financial resources for the island's development but what the THA is able to accomplish with the funds.

Tobago received $2.283 billion in the fiscal package, $2.083 billion of which is set aside for recurrent expenditure and $231.6 million for capital expenditure.

"While this may be outside of the absorptive capacity of Tobago in one year, it is a far cry from the current allocation of $300 million," he told Newsday Tobago.

As with last year's allocation, Alfred predicted this year's sum of $2.283 billion will present challenges for Tobagonians.

He said: "The mantra of doing more with less will be tested in a real sense. It will require all of the management skills of the THA (Tobago House of Assembly) and the private sector to achieve any progress."

Alfred said he is also concerned about the THA's plan for Tobago.

"The numbers are clear but the plan is not so clear. In fact, it seems as though Tobago is operating from budget to budget."

He said there must be a medium- to long-term plan for the island, developed with the consensus of Tobagonians to guide their aspirations and expectations in priority areas.

The plan, he said, should be evaluated annually to reflect changing dynamics, after which Tobagonians can then assess whether they are moving in a positive direction or not.

Alfred believes Tobago's progress is evaluated by mnay on the basis of budget allocations as opposed to tangible achievements on the island.

"If we get $2.3 billion and then $4.5 billion, then we say we are making progress. It is not that (sum that dictates progress) but what we have achieved with it."

Alfred argued real progress for Tobago can only be achieved when the island's revenue potential is realised.

Noting Tobago contributes approximately $300 million to the $47 billion projected for 2020, Alfred observed this is less than one per cent of the budget.

"We depend solely on receiving an allocation from the national budget and that is troublesome when you look at the big picture for TT, with depleting income revenues sources as manifested in the budget statement for 2020."

In this regard, Alfred said internal self-government for Tobago is extremely important.

"It is time we take control of our destiny, beginning with a renewed focus on securing greater self-governing powers as a matter of extreme urgency. If that happens, everything else will follow."

Legislation to bring about greater autonomy for Tobago is expected to come to the Parliament early next year.

"This would require Tobagonians finding new ways to grow their economy and thereby contributing more to the national budget. In addition, it will provide for greater management accountability of the national allocation because any meaningful developmental movement and growth in Tobago will begin with the devolution of greater autonomy for Tobago," said Alfred.

The post Alfred: Value for money needed on $2,283b appeared first on Trinidad and Tobago Newsday.