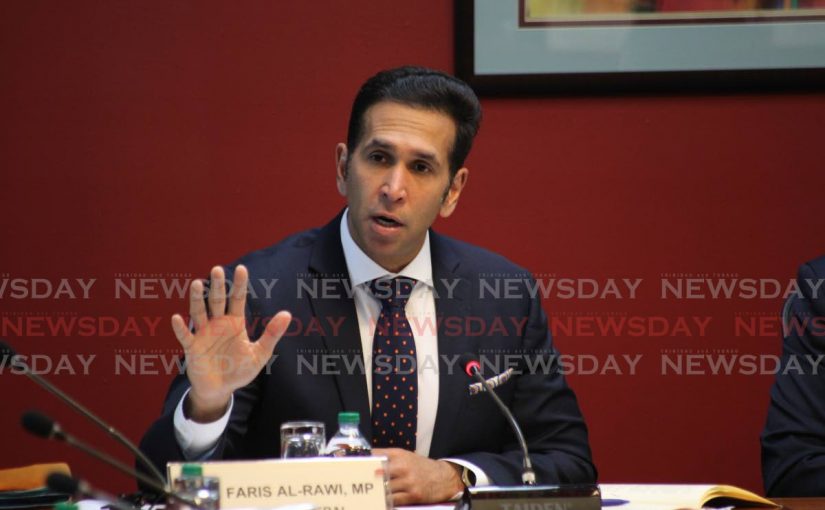 He was speaking Friday with the media at the re-opening of the Red House and the return of the Parliament to the Red House and asked about TT falling six ranks on the 2019 Transparency International Corruption Perception Index (CPI). TT fell from 41 in 2018 to 40 in 2019 and country now ranks at 84 compared to 78 in 2018.

Al-Rawi explained the CPI is not a scientific outreach and is an anecdotal, open source publication pulling information from the World Bank and other bodies.

"At no point in time do these assessors come to the Government of TT or talk to actual stakeholders and do one on one interviews. So there's no line of sight, there's no understanding, there's no 'what's in the works', et cetera."

He said the same standard is adopted everywhere else.

"In TT we like to sensationalise bad news. Jamaica lives under a permanent partial state of emergency (but) you wouldn't see that in their newspapers. They are at the IMF. You don't see that in their newspapers. It's 'come to Montego Bay,' 'have a good time in Jamaica'. It's not 'oh God we kill a thousand people last year for heaven sake don't come to Jamaica it's a failed state'. So the open source information in Trinidad is very different from the open source information anywhere else in the world."

He said the CPI reflection was made based on two limbs: public procurement legislation and campaign finance reform. He reported that there are amendments recommended by the public procurement regulator which have nothing to do with what was reported in the media and the Finance Minister at no time said there would be an abolition of government-to-government arrangements.

"That is just fake news."

He said on December 18, 2019 the public procurement regulator wrote to the Finance Minister and said he has the green light to go. He added media reports that the minister had the amendments on his desk for 134 days was also not true.

Al-Rawi said Cabinet has considered the proclamation of the act and in preparation a proclamation schedule and draft amendments have been prepared as well as the regulations done by the regulator.

"All of these are ready to rock and roll."

On campaign finance reform Al-Rawi said he drafted that law and it is at Cabinet currently. He added there would be a special Cabinet meeting to treat with it.

"We will have that in the Parliament with immediacy."